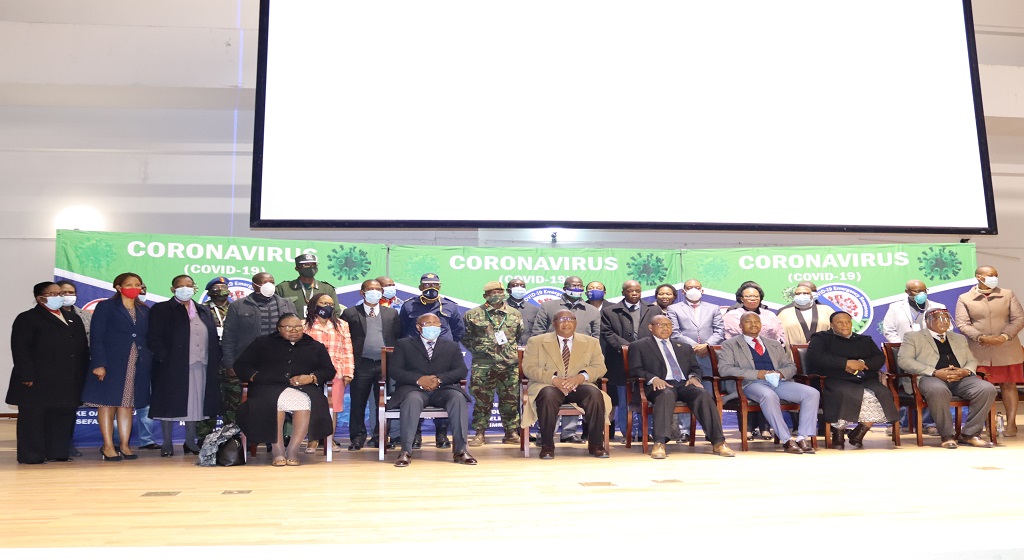 The Prime Minister, Dr Moeketsi Majoro says the new National Emergency Command Centre NECC) structure will give Basotho an opportunity to say their opinions regarding the fight against COVID-19 pandemic.

Dr Majoro said this in his remarks during the official introduction of Mr. Thabo Khasipe as the Chief Executive Officer (CEO)of the new NECC at the event held in Maseru on Tuesday.

He remarked that his task has been to appoint Mr. Khasipe for his new position, saying it is the responsibility of the CEO to appoint his team which he said will work hand in hand with the Ministry of health to combat the spread of the Coronavirus.

In his welcome remarks, the Minister of Communications Science and Technology, Chief Thesele Maseribane congratulated Mr Khasipe as he begins his responsibilities at NECC, appealing to all stakeholders to support him and his entire team as COVID-19 is a national crisis hence unity is crucial in this regard.

Chief Maseribane therefore wished the new CEO success in leading the fight against this pandemic. 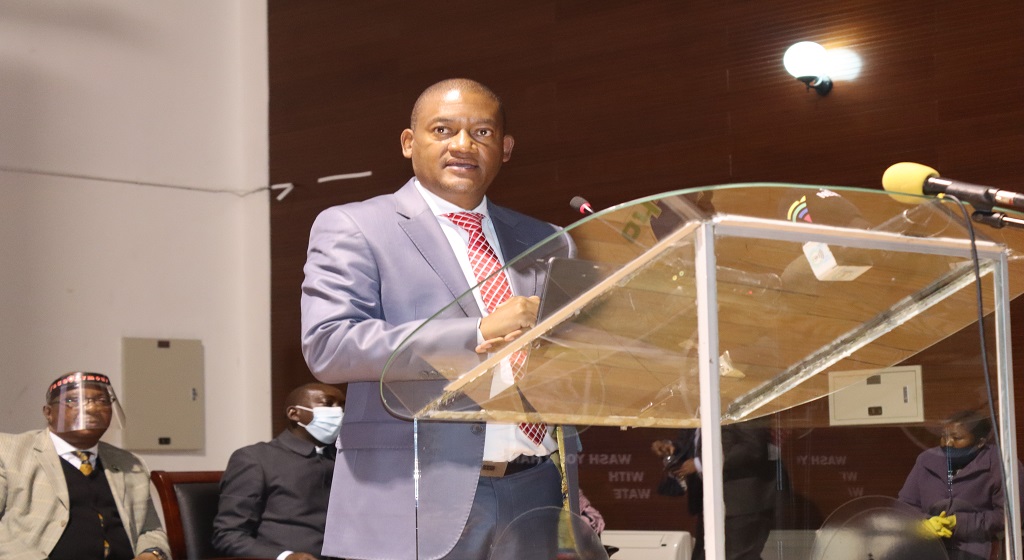 Giving his remarks, Mr. Khasipe thanked the Prime Minister for trusting him with the lives of Basotho saying he fully understands the responsibility that comes with his duty hence will ensure that command centre becomes a strong tool in fighting COVID-19

He therefore urged all Basotho to follow the recommendations of World Health Organisation, saying this will help in combating the spread of the virus in the country.

The official introduction event follows the Prime Minister’s announcement in his first nation address that he has appointed Mr. Thabo Khasipe who served at the Lesotho Revenue Authority as Commissioner General to lead the new National Emergency Command Centre as Chief Executive Officer.