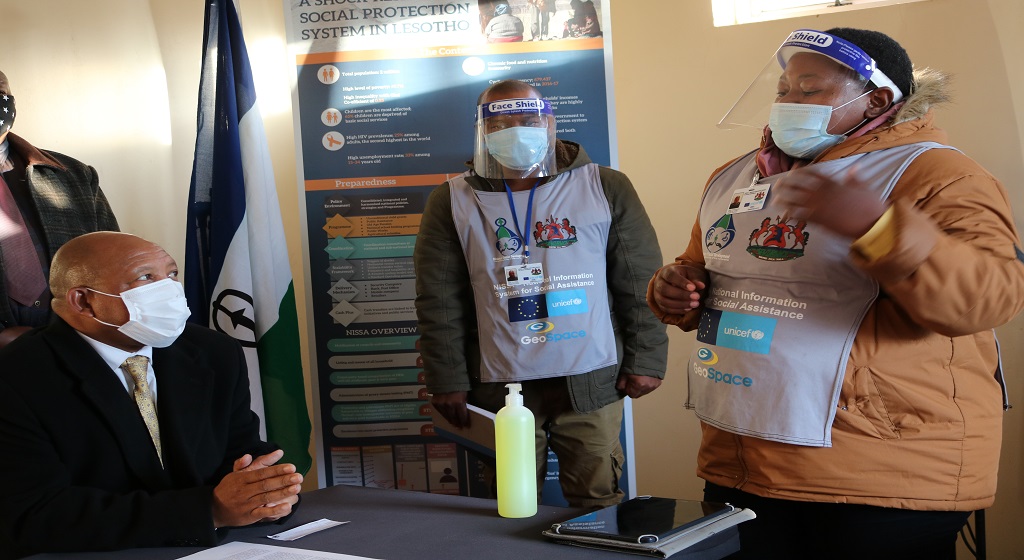 The Prime Minister, Dr Moeketsi Majoro says National Information System for Social Assistance (NISSA) database will be used to categorize people by the level of vulnerability thus allowing the government to offer aid to people who need it during the emergency.

He said the enumeration will also help the government to know the total population in the country, saying this is done by going through the communities and registering all the households.

The Prime Minister expressed his gratitude to the European Union (EU) and United International Children Emergency Fund (UNICEF) for their continuous support since launch of NISSA in 2010.

NISSA is a registry project that was identified by the Ministry of Social Development with the aim to increase the efficiency and coverage of social protection programmes to improve the institutional coordination and consolidate social assistance programmes.

It adopted census approach where each household is classified into four social groups, namely; the poorest, poor, middle class and wealthy, thus to unsure that eligible families benefit from programmes such as child grant funds.

NISSA is a Social Development initiative that was launched in 2010 with the support of EU and UNICEF, offering financial aid while UNICEF offers technical support.