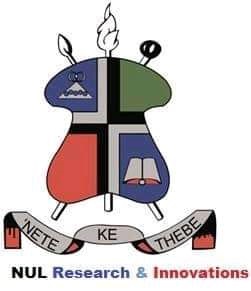 The National University of Lesotho (NUL) through the NUL Innovation Hub has proposed to open the Milco Chain-Store Cooperative.

This, the Acting Coordinator of NUL Innovation Hub, Dr Timothy Thamae announced at the Sixteen Private Sectors Consultative Meeting that was held virtually under the theme ‘Driving Lesotho’s Entrepreneurship Through Innovation’. Presenters at this meeting were Dr Thamae and the Chief Executive officer of Our Digital Future, Mr. Noomane Fehri.

Presenting during the meeting, Dr Thamae said the NUL Innovation Hub has learned through the establishment of the Enrich Store that they need to start small to establish their clientele.

He said the Milco Chain-Store Cooperative will only sell Lesotho products, saying this is meant to give a spotlight to Basotho products.

He further said Milco is aimed at breaking barriers imposed on Lesotho retailers, adding that this will be a Launchpad for Lesotho’s exports in the future.

Moreover, the Acting Coordinator of the NUL Innovation Hub singled out major achievements since its establishment in 2018 thus the establishment of the incubation space which makes it easier for the business to thrive due to amenities such as water and electricity to mention a few.

He further mentioned that two more projects are still under the research stage at NUL, noting that one of them is the COVID-19 potential drug that was used by many Basotho in the second wave of the pandemic.

Dr Thamae said when the COVID-19 outbreak started, the NUL innovation hub gathered scientists with relevant skills in medicinal development who came up with the COVID-19 drug.

He said it has been proven that this drug was able to fight the COVID-19 virus in the laboratory, adding that it is yet to undergo clinical trials.

The second project he mentioned is the robotic machine, where students from the Faculty of Science have come up with a robotic machine that can draw, saying the idea for this machine is to be used in cutting cloth, wood and metal.

He said the idea is to turn this research into a business that will do cloth cutting for the textile industry, adding that this robotic machine has received funding amounting to M70,000 from Storm Diamond which allowed it to move from laboratory to the prototype.

In conclusion, Dr Thamae stressed that they have massive funding from Metropolitan, further announcing that he is pleased that the NUL Senate has approved the innovation policy.

In his presentation, Mr. Fehri (CEO-Our Digital Future) remarked that acceleration of innovation in Africa is an opportunity for the continent as it creates more growth for the investment for new development and job creation.

Mr. Fehri said the acceleration of growth in technology and innovation produces a talent pool that allows students to create innovative products that create stable investments to generate job opportunities for the youth.

The Public-Private Dialogues are organized by the Prime Minister’s Delivery Unit (PMDU) to facilitate regular dialogue between the government and the private sector. There have been sixteen meetings since the 1st April 2021 where different topics have been addressed. The participants in these meetings include the Prime Minister, Ministers, Principal Secretaries, Heads of State-Owned Entities, Representatives of Development Partners and Private Sector.