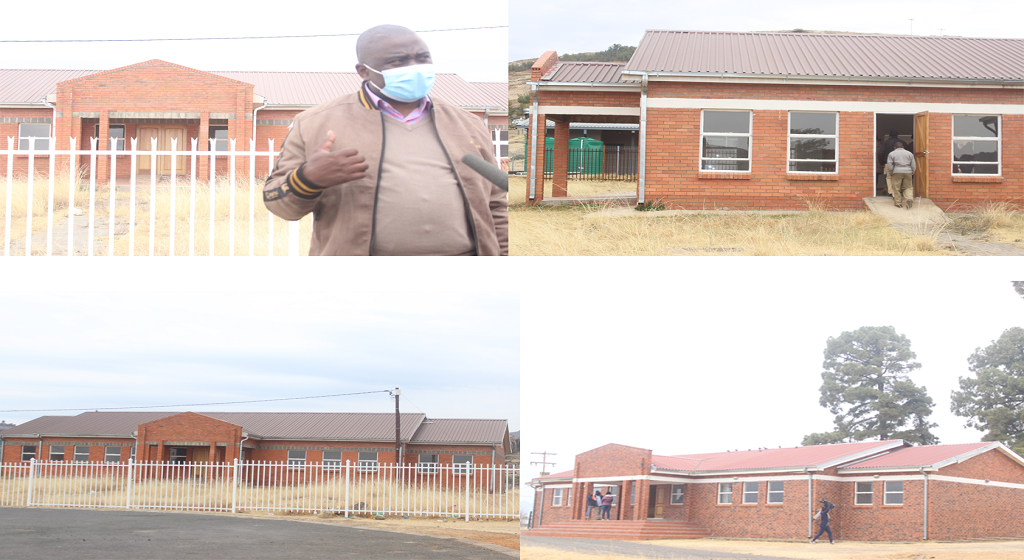 The Minister of Development Planning, Mr. Selibe Mochoboroane has expressed concern that the government spent millions on development projects but some of them have not benefited Basotho.

Mr. Mochoboroane remarked following his tour of the Principal Chiefs of Ha ’Mamathe, Mapoteng and Koeneng offices where he found that these offices which were constructed in 2012 have to date not been used.

He said the government spent M1.7million to build offices of Principal Chiefs across the country yet some of these offices have not been treasured.

“National resources were used but some Principal Chiefs work in a depressing environment,” he stressed, noting that in 2013, M1.5million was used to complete the mentioned offices but since their completion, they have not been used, meaning that the buildings have now lost  value hence need maintenance.

He said on quarterly basis, government ministries report on the status of capital budget, stressing the need to develop National Planning Commission to monitor and manage national resources.

In response, Mrs. ’Mannete Seoli from the Department of Project Cycle Management (PCM) in the Ministry of Development Planning said she is very surprised to discover that these offices are not functioning.

Mrs. Seoli remarked that every quarter, her ministry meets with government ministries to evaluate and monitor progress and challenges encountered when implementing projects.

She however noted the identified weakness thus some of the reports do not reflect the actual status of the projects, noting the importance of the site visit so to follow up on progress made and ensure that approved project report reflects the truth.

In his comments, the acting Principal Chief of Mapoteng and Kueneng, Chief Boshoane Peete said the building has never worked since its completion in 2015 as it has never been officially handed over nor officially opened because the contractor claims he has not been paid.

Chief Peete added that there is no water, electricity and furniture.

The Government of Lesotho invested a lot of money to build 22 offices for Principal Chiefs thus improving their working environment and conditions, but the given funds do not serve the purpose.