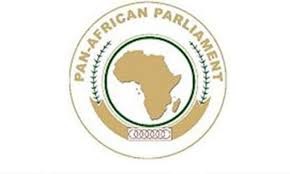 The Pan-African Parliament (PAP) has adopted a resolution on the establishment of an African Parliamentarian Caucus on Immunisation to drive the body’s commitment to ensuring that all children across the continent including Lesotho have access to the vaccines they need, the PAP has said on Sunday.

PAP President Roger Nkodo Dang said in a statement issued by the PAP that expanding access to immunisation will help lay the foundation for universal health coverage (UHC) across Africa, a cause which the Pan-African Parliament strongly supports. He said vaccines were one of the most effective and cost-effective public health interventions available.

On the one hand, UHC gained significant political momentum across Africa in recent years, with many countries committing to provide access to quality, affordable health care for all by 2030, in line with the Sustainable Development Goals (SDGs) 3, and Lesotho through the Ministry of Health has since last year embarked on a campaign to open health posts in hard to reach areas to ensure that rural dwellers have access to quality health services.

The Political commitment for investing in immunisation was at an all-time high and in 2017, heads of state from across Africa endorsed the Addis Declaration on Immunisation (ADI) at the African Union (AU) Summit, a historic pledge that envisioned an Africa where every child, no matter their economic circumstances, had access to life-saving vaccines.

PAP’s statement thus states that vaccines were one of the most effective and cost-effective public health interventions available, yet one in five children in Africa still did not have access to all the necessary and basic vaccines a child should receive. It adds that every year, more than 30 million children younger than five in Africa fell ill due to vaccine-preventable diseases and of these, more than 500,000 reportedly died and 56 percent of all global deaths which are said to be from vaccine-preventable diseases.

The World Health Organisation (WHO) Regional Director for Africa, Dr Matshidiso Moeti is on the other hand quoted as saying the Organization welcomes the PAP’s resolution to establish a caucus dedicated to strengthening immunisation across Africa.

She said the high cost of disease outbreaks the continent has witnessed in human suffering and economic damage, points to the urgent need for political leadership and collective action to ensure that everyone across Africa has access to basic health services.

The second ordinary session of the fifth PAP, which took place in Midrand, Johannesburg, South Africa from May 6 to 17 was also an opportunity for parliamentarians to express their commitment to achieving UHC by 2030 and contribute their perspectives on each country’s unique pathway to attaining health for all, the PAP statement said.

In September 2019, the United Nations General Assembly will hold the first-ever UN High-Level Meeting on UHC and vote on a historic political declaration in support of health for all. Subsequently, in October 2019, the Inter-Parliamentary Union (IPU) was expected to adopt a global parliamentary resolution on achieving UHC by 2030 and the role of parliaments in ensuring the right to health.

The PAP meanwhile said sustained political will and domestic financing for immunisation would be key to drive progress and advance UHC across the African region to achieve the ADI commitments and SDG targets.