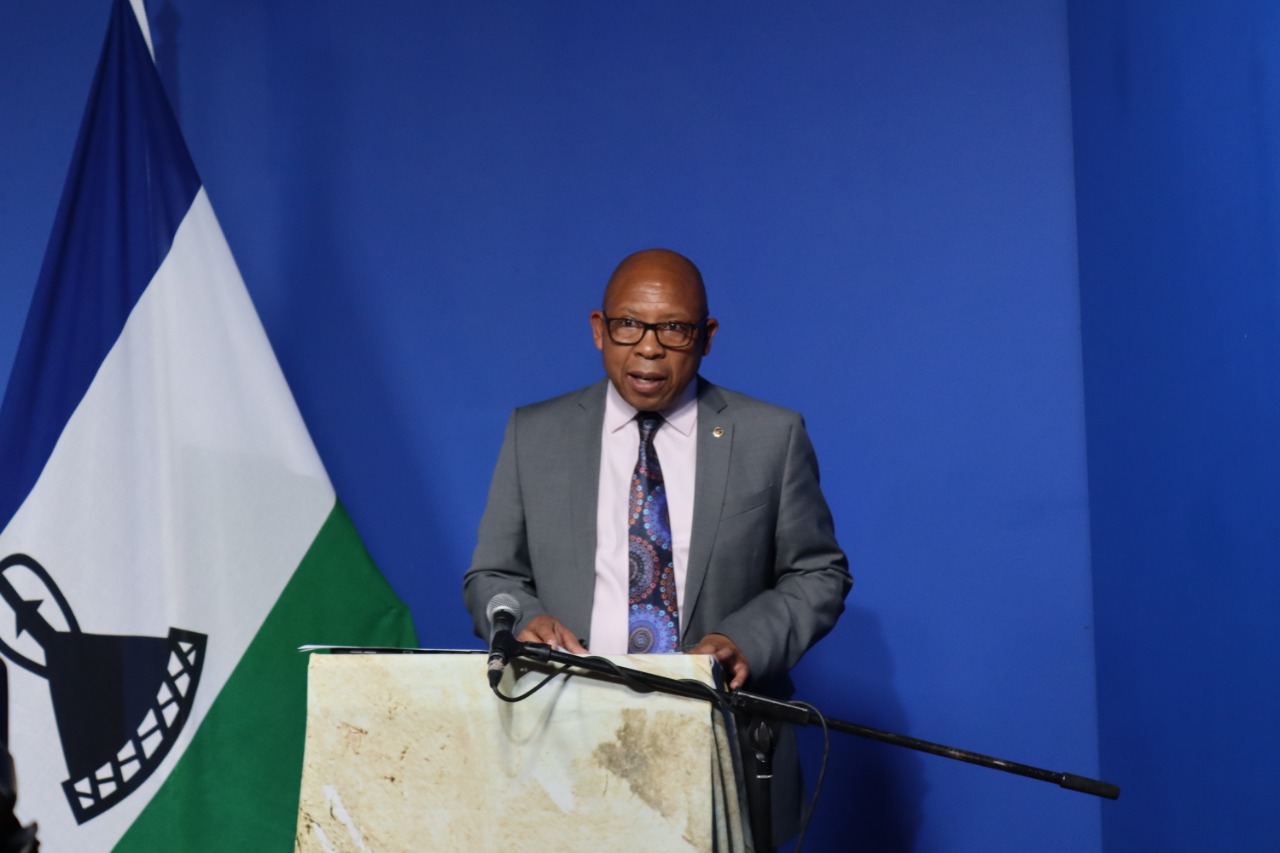 Dr Majoro said this during his first nation address in Maseru on Tuesday.

He said the fourth coalition government has reached the decision to carryout and implement some of the priorities intended to change the livelihoods of Basotho and these will include: Firstly, the restructuring of the National Emergency Command Centre (NECC) with deployment of experts, announcing that Mr. Thabo Khasipe who is the Lesotho Revenue Authority Commissioner has been appointed as the new NECC Chairperson. He added the Prime Minister will head the Sub-committee of cabinet ministers as well as of the principal secretaries.

As part of the government objective to fight COVID-19, the new coalition government assures the nation of its continued commitment to fulfill the previous government’s promises to provide the M800 Relieve Fund for factory workers as well as to assist vulnerable groups like street vendor, the elderly and orphans.

Secondly, government officials that include Cabinet members, Principal Secretaries, chief executives of the government parastatals and procurement officers are expected to declare their assets within 14 days. The Prime Minister said this in line with the fight against corruption which he said has crippled the country’s economy.

Still on corruption, Dr Majoro said government intends to establish a Code of Conduct document which will guide the executive, legislature and other governing bodies in the country, saying this is expected to happen within 90 days.

He further talked about Public Sector Performance, saying Public Service, Judiciary and law Enforcement, Oversight and Accountability as well as Strong Institutions need to be monitored and empowered so that they become independent hence perform their duties without fear and political influence.

Again, he expressed government’s concern over the escalating crime in the country, singling out murder, robbery and stock theft as well as the abuse of the elderly and children, saying government is in the process of establishing a joint security force comprising of the Lesotho Defence Force (LDF), Lesotho Mounted Police Service (LMPS) and National Security Service (NSS) to fight crime in the country.