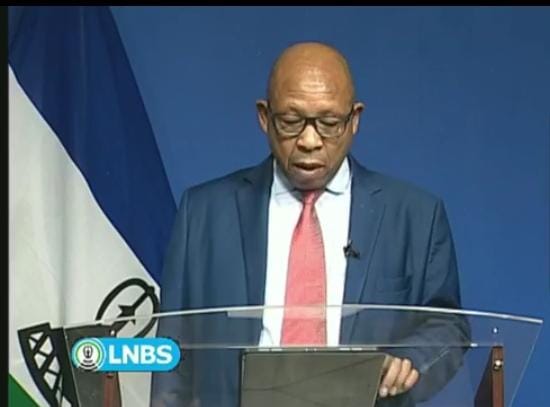 The Prime Minister, Dr Moeketsi Majoro has declared a State of Emergency for six months due to heavy rains in the country.

He made the announcement during his nation address on national television and radio on Tuesday.

He stressed that Lesotho is experiencing heavy rain fall similar to that of 2011, saying the Lesotho Meteorological Services informed the nation that there was going to be above normal rainfall from December 2020 to March 2021.

“This situation has further been exacerbated by cyclone ‘Eloise’ which affected neighbouring countries, bringing heavy rains into the country,” he added.

The Prime Minister said this rain caused a havoc to water sources, infrastructure, property agricultural production, food security, the environment and damaged grave yards, saying this attests to climate change that the nation must adapt to.

He added that  the rains also eroded croplands and destroyed graveyards, commenting that the destruction of road infrastructure including bridges left most of Basotho stranded and unable to access essential services.

This damage, he said has affected the entire country and coming on top of the COVID- 19 pandemic hence government decision to declare a State of Emergency in the country.

He said the government has already mobilised its resources to address the situation including establishing dedicated ministerial committee and instructing all disaster management structures to mobilise and re-deploy all local government yellow plant to affected areas and re-directing at least 5000 government employees to assist in the rehabilitation process.

Dr  Majoro therefore called upon development partners and friends of Lesotho to help the government in its efforts to redress the situation.