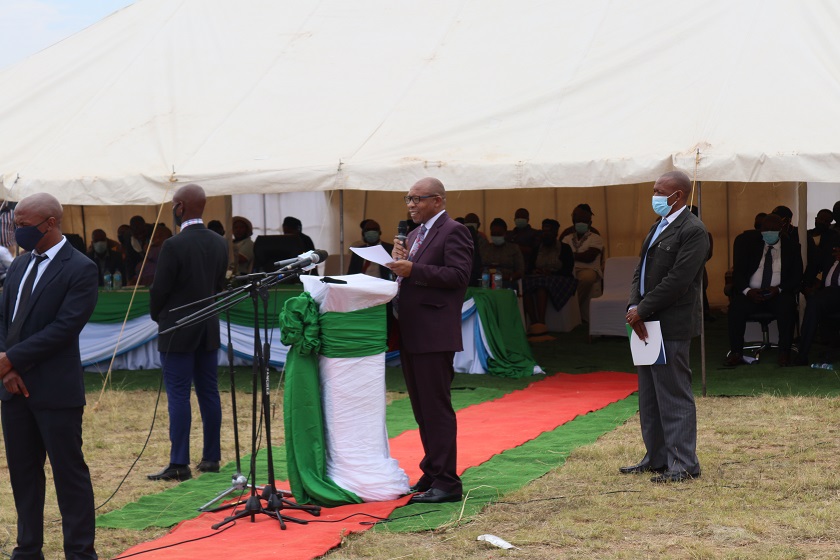 The Prime Minister, Dr Moeketsi Majoro on Wednesday launched the 60-69 COVID_19 Relief Fund for Older Persons at the event held at Matlakeng in Leribe.

Beneficiaries of the fund will be drawn from 35,000 most vulnerable households countrywide.

Speaking during the launch, Dr Majoro said eligible beneficiaries will each receive M831.00 for three consecutive months starting from December, saying whenever need may arise concerning the extension of the fund, the government will reconsider such extension.

The Prime Minister noted that only one person from each household will be registered and  should not be  receiving any grand from the Ministry of Social Development, they are not beneficiaries of the old pensions fund and not receiving assistance from the World Food Programme (WFP) and other organisations relieving vulnerable households in the country.

He added that such persons will be expected to have National Identity Document (ID), saying for selections of such beneficiaries, government will use the Ministry of Social Development National Information System for Social Assistance (NISSA). 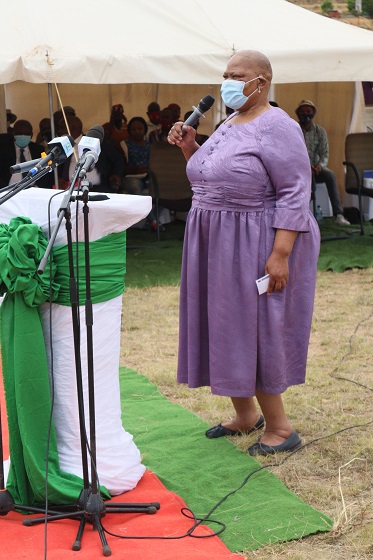 Also speaking was the Minister of Social Development, Mrs. ‘Matebatso Doti who disclosed that in the Leribe district, 7 895 people receive grants from the ministry, 1 158 receive social assistance and that 11 lively projects have been implemented.

It is at the same event that Mrs. Doti donated seeds to the elderly people for them to plough and enjoy fresh foods from their gardens.

A Member of Parliament (MP) for Matlakeng Constituency, Mr. Moshe Leoma urged the beneficiaries to use the money to buy food as the assistance is given to relieve them from hunger.

Speaking on behalf of Older Persons, Mrs. Mamokhosi Lekhathatso expressed their appreciation and gratitude to the government for remembering vulnerable households during this hard time of COVID-19, saying it is the sign of sympathy.

She said majority of households have been affected negatively by the pandemic, as most of them lost their jobs hence appealed to the government to consider this initiative for all types of people since majority of them are in dire need.

This programme has been introduced by the government to assist vulnerable households while making preparations to accommodate them in old pension fund.
Source: LENA 28/10/2020