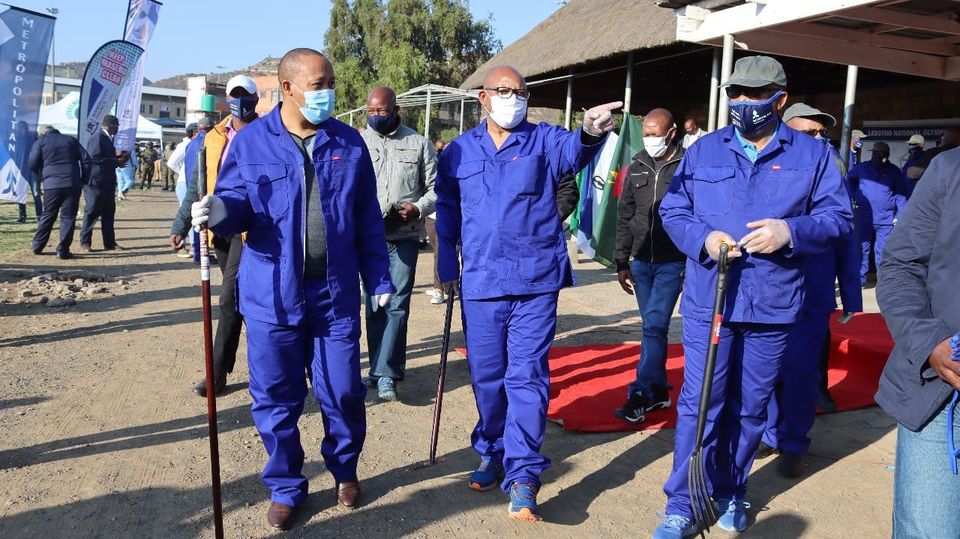 The Operation Hloekisa Lesotho campaign is intended to beef up all efforts aimed at keeping Lesotho clean.

Speaking during the launch, Dr Majoro appealed to Basotho to keep the environment clean, saying waste has a bad impact to the economy of the country as it discourages tourists and investors from visiting the country.

He said it is the responsibility of every Mosotho to keep Lesotho Clean, urging all districts to participate in this this initiative by at least carrying out the cleaning campaign once a month in their respective areas.

Dr Majoro commended the Lesotho National Olympic Committee for collaborating with the government in ensuring that this initiative becomes a success, further thanking private sector for sponsoring the event.

He concluded his speech by urging civil servants, youth, private sectors to work together continuing with the movement.

Speaking in an interview, the Minister of Communication, Science and Technology, Chief Thesele Maseribane said it is important to keep the environment clean, adding that the polluted environment contributes in causing effects of climate change.

He said littering of plastics is not only harmful to humans but also to animals hence it is important to keep the environment clean.

He therefore appealed to Basotho to love their country and help the government in this initiative.

Also speaking was the Lesotho National Olympic Committee Chief Executive Officer (CEO), Mrs. Mathato Makhorole said it vital to keep the environment clean hence they approached the government to work together in this cleaning Champaign as they were celebrating World Clean-Up Day.

She said it is her wish to see Lesotho selling plastics at the shops saying Basotho will start valuing them and that will reduce littering of plastics.

The campaign drew together public servants and employees from government parastatals led by cabinet ministers to clean all areas in the city.