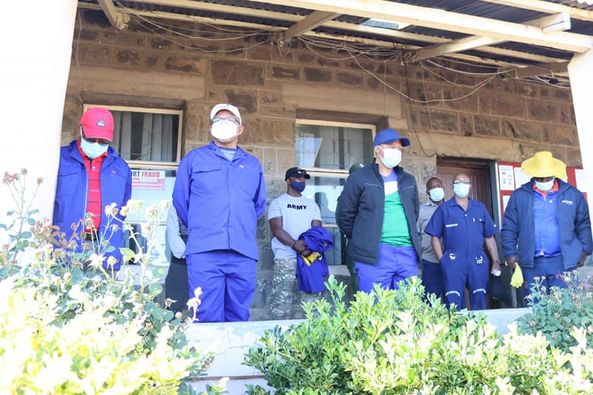 Operation Hloekisa Lesotho is a cleaning campaign that was launched by the Prime Minister in September 2020.

Speaking at the event before the campaign started, Dr Majoro said the government launched the campaign with the aim to keep Lesotho clean at all times.

He said it is also to promote patriotism in Basotho so that they can take part in socio-economic development activities.

The Prime Minister said Lesotho is in its 54th independence anniversary, adding that major reforms need to be undertaken to ensure that the country transforms for the better.

Dr Majoro, therefore, urged all to clean the environment they live in for the promotion of healthy living.

He strongly appealed to the district council and local authorities to encourage the public to keep the clean environment from their homes, villages, and the nation at large.

Also speaking was the Deputy Prime Minister, Mr. Mathibeli Mokhothu who said it is important to live in a clean environment for good health and development.

Mr. Mokhothu said there is no thinking in an unclean environment hence the need to ensure that the environment is kept clean at all times.

The Prime Minister was accompanied to the event by cabinet ministers and senior government officials.

Operation Hloekisa Lesotho is a monthly event held in all districts of the country.