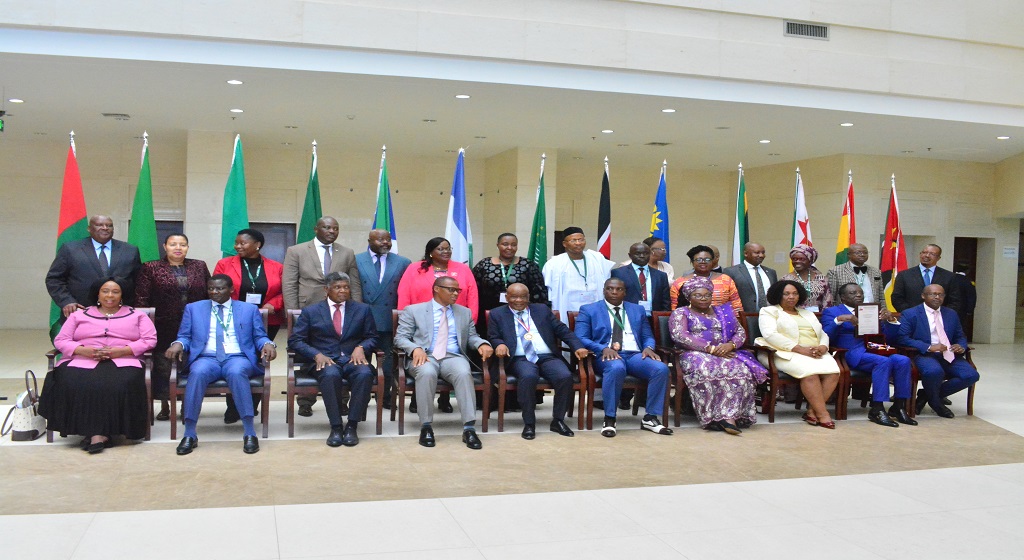 Hosted by Ministry of Education and Training (MoET), 8th AFTRA is held under the theme ‘Teaching and Learning in Africa for Global Competitiveness’.

In his remarks, Dr Thabane urged for unity and peace amongst African nations for a sustainable economic growth, which he said will result in good education for the future generations.

He said the terrain in the teaching profession has not been smooth recently in many African countries including Lesotho, noting that the difficult economic landscape particularly in small African economies such as Lesotho, has compounded the problem.

Dr Thabane added that the government will adopt and implement policies that are aimed at putting Lesotho teaching service high on global scale and producing students with relevant skills, who will be competitive internationally.

Speaking at the same event, the Minister of Education and Training, Professor Ntoi Rapapa thanked the Prime Minister for supporting the ministry’s endeavor to address teachers’ grievances in ensuring that accessible quality education in Lesotho is a must.

Also speaking, the President of AFTRA , Mr. Mabutho Cele expressed hope that the conference will help take the African continent in general and the teaching profession in Africa to new and even higher heights in as far as quality public education is concerned as well as dignity for teachers, rights for teachers and safety in schools.

The conference also culminated award of medals of honour to remarkable people who have made a mark in the education sector in their countries and service stations.

The Lesotho Prime Minister and Former South African Minister of Basic Education were amongst people who received medals.

The conference which featured traditional performances was graced by the presence of Deputy Prime Minister, Mr. Monyane Moleleki, international representatives and cabinet ministers. It commenced on Monday and will be closed on Saturday.

Inaugurated on October 11, 2010 by the then Nigeria’s Minister of Education in Abuja, Africa Federation of Teaching Regulatory Authorities (AFTRA) is an intergovernmental organisation comprising the national agencies regulating teaching in the 54 African countries.

Its functions as a branch of the world body is to ensure collaboration among the African member countries. It is working to translate its mandates to continental frameworks to facilitate exchange of best practices, teacher mobility, and quality teaching and learning throughout Africa for the actualisation of the Sustainable Development Goal 4 (Education) and CESA 2016-2025.