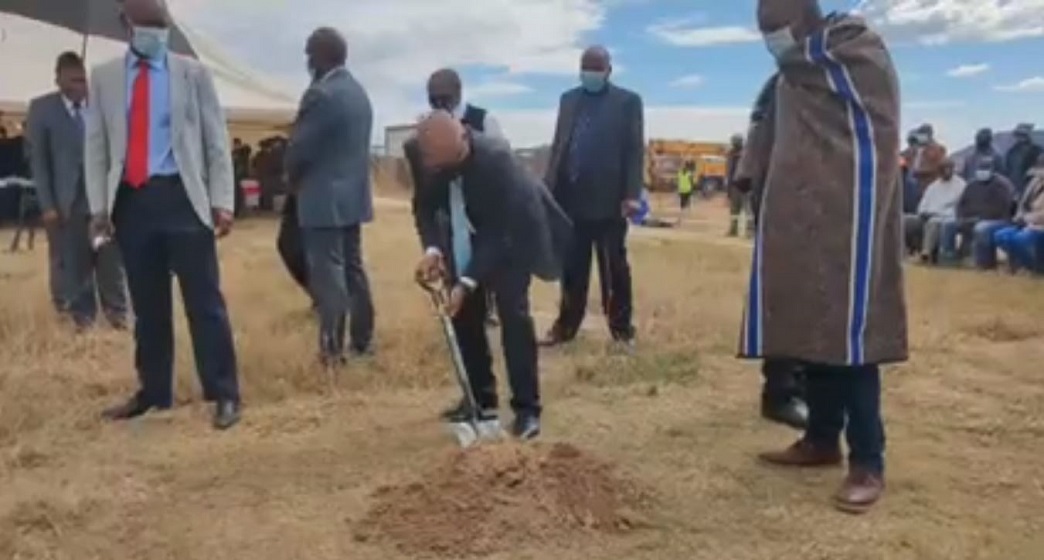 Addressing Thetsane residents at the ceremony, Dr Majoro said he was excited that this project is going to be implemented hence more excited than them.

He said that there will be three contractors working within all the areas of Thetsane constituency, saying the project will create more than 70 jobs for Basotho.

He added that Jimmy Electrical is allocated at three areas which are Lekhalong, Ratjomose and Ha Shelile, while Parks Electrical will work at Lehlakeng and Sefateng and Electro Cons Experts is to work at Mok’huk’hung.

During his speech, he added that Motimposo is going to be the next village to receive this kind of project not forgetting the tarred road that was promised.

Also speaking, the Minister of Energy and Meteorology, Mr. Mohapi Mohapinyane said the distribution of funds is allocated among all the villages that were identified to get electricity, saying since Thetsane is an industrial area the project will benefit everyone living there.

He said M6 076 838,00 is allocated for the first three villages which are Lekhalong, Ratjomose and Ha Shelile covering 187 families while M3 750 811.55 is allocated for Lehlakeng covering 141 families and the other area being Thetsane Sefateng where more than M7 million will cover 401 families and the last village is Ha Thetsane Mok’huk’hung where M6 718 364.00 will be used to cover 359 families.

Mr. Mohapinyane said all contractors are expected to finish the project in all areas mentioned by October 22, 2021.

Speaking on behalf of the councilor, Mr. Molefi Letele said it is hard for him to believe that the development is really happening in their village therefore they are grateful for it.

“Even though some people were already thinking the development will not happen the event that happened today is a good sign that despite all odds it is going to happen”, he remarked.

In addition, he said even though some areas will be hard for contractors to access as they are far and hard to reach, he still believes that the contractors will work through it in a proper way without any distraction.

The project is aimed at reducing energy-related carbon dioxide emissions by introducing renewable energy technologies and low Green House Gases technologies as a substitute for fossil fuels (paraffin and diesel) utilized in rural areas of the country.

The project has distributed solar panels to promote the use of RETs and this distribution was accompanied by several capacity building activities such as training workshops in skills relevant to the solar PV value chain.