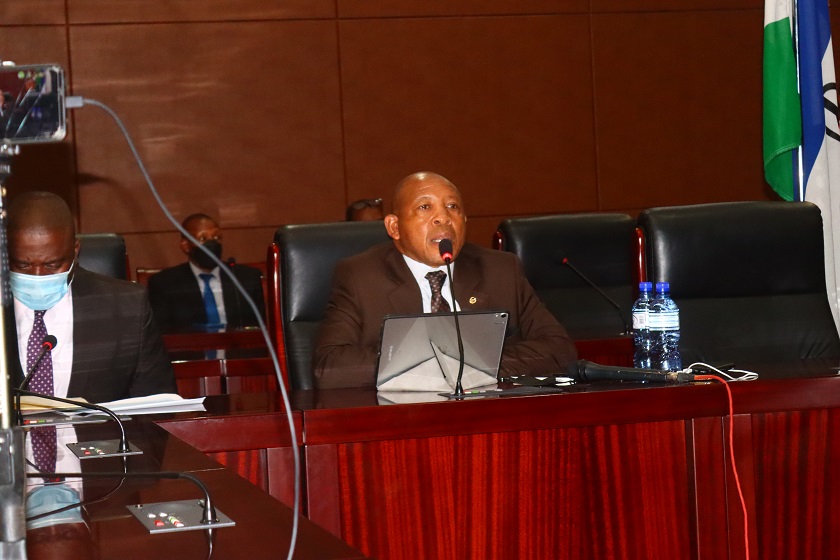 The Prime Minister, Dr Moeketsi Majoro has expressed gratitude over notable progress attained on some of the development projects which were considered non-performing and underperforming in the country.

Dr Majoro was speaking on Wednesday at the press conference held in Maseru on the report on non-performing and underperforming development projects in the country.

He said he is happy to announce that remarkable progress has been attained on some of the projects, singling out the Wool and Mohair Promotion Breeding Centre in Quthing, Vocational Training Centres at Mt. Moorosi in Quthing and Thabana -li- Mele in Maseru, saying these projects have been completed while the Rural Water Supply and Sanitation Project at Tsikoane is progressing well and the one at Ha Sekheekhe is awaiting connection by the Lesotho Electricity Company (LEC).

Again, the Prime Minister announced that the Upper Moyeni road construction is completed with street lights hence now functional, adding that Melikane Electrification Project has also been completed and launched.

‘’Tikoe Fresh Produce Market construction is completed but there is a delay due to installation of additional equipment,” he added.

He further mentioned that progress is also notable with the Marakabei to Mononts’a road construction project, saying it is back on track.

Talking about Ha Thaabe Rural Electrification Project, he said it is ongoing with the new constructor engaged.

Dr Majoro however noted that some of the projects have been delayed due to cash flow problems, issues around procurement and contractual disputes and these include construction of the Royal Palace and furnishing of the Principal Chiefs’ offices.

Moreover, he said Melikane Park Homes and Electrification Project has stopped due to a pending court case, adding that the Mafeteng Correctional Centre and Open Camp design is now complete and they are now seeking funds to establish it.

Out of the 24 development projects, 15 are completed while nine are left behind due to legal battles between stakeholders, contractors defaulting, issues around procurement and low cash flow.