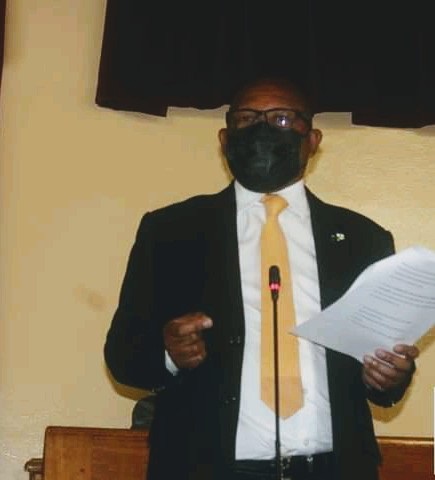 This he said in the Senate on Wednesday when responding to questions asked by Senators.

The Member of the Senate Prof. Nqosa Mahao had asked the Prime Minister if he is aware that NUL embarked on research to develop a drug that would cure the coronavirus, however, their journey has stopped due to lack of funds to further undertake pre-clinical tests and asking how soon the government intervene and fund the project.

Prof. Mahao further asked PM to elaborate on the government’s plans to invest in the short term, medium-term and long term research, innovation and development of the country in the next twenty years. , further asking the Prime Minister about the government’s intention to stop a series of killings happening in the country.

In his response, Dr Majoro noted that the government is already on the verge of releasing funds to assist NUL on its research, saying a committee of ministers build of Ministries of Education and Training, Development Planning and of Finance have been assigned to work on the issue to make sure that it becomes a success.

He added that the Lesotho government together with the Republic of South Africa (RSA) is preparing to have the Joint Bilateral Commission (JBC) that will focus on the enhancement of the technical part of the researches made in the country.

He mentioned that Lesotho has young experts who have the potential to take the country to new heights, however, saying Lesotho is a developing country that at the moment does not have much of the resources to be used hence the reason to depend on RSA to approve most of the researches. He said the government is working hard to source funds and establish such resources in the country.

Responding to the high number of reported killings in the country, Dr Majoro said the government intends to increase the number of High court judges, saying about four new judges will be recruited so to reduce the backlog of court cases, adding that the high court at Tšifa-li-Mali in the Leribe district will be opened and this will reduce the backlog in the courts.

He further mentioned that there are plans to establish Crime prevention Committees, saying there will be a funded training that will include enhancing community policing which fortunately has commenced and has 2000 trainees.

Again, the government in partnership with the Vodacom Lesotho launched a toll-free number which the public uses to report crime and accident, the Prime Minister said, disclosing that the government is working together with the United Nations Development Programme (UNDP) to implement a wireless alarm system that will alert the police when the crime occurs.

He noted that with these programmes in place, the government together with the police will be able to combat crime.

Speaking about issues relating to the Lesotho Mounted Police Services (LMPS) transport, he said 169 vehicles which are intended to add to the 54 that were given to the police are under maintenance, adding that LMPS will resume with Stop and Search operations countrywide so to reduce crime.

He further mentioned that Lesotho and RSA will join efforts to curb the illegal mining commonly known as ”Litotomeng” which is seen to have more contributions in the killings made, and to look differently the Famo music which also contribute to the killings, he said this will take time but at the end, it will be beneficial taking one step forward rather than doing nothing.

In conclusion, the Prime Minister noted that one of the escalating reported killings are of spouses which result from the misunderstandings of the partners, he said this matter needs to be checked to see how it can be handled, noting that the government has decided to revisit the bail amendment bill and be tightened to avoid further killings.