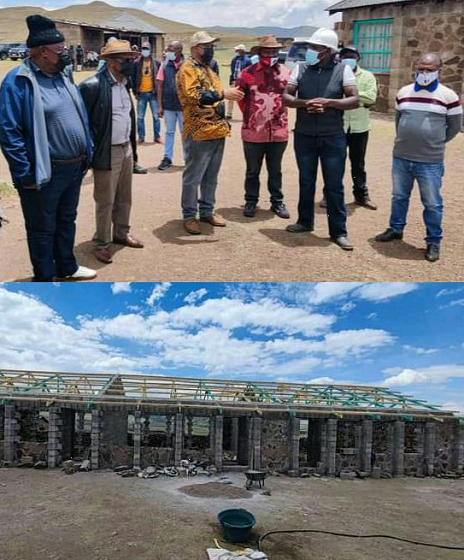 The aim of the tour was to inspect the construction progress of the Ha-Sekhohola Primary School, to hold a public gathering at Ha- Matsaile and visit Linotši Cooperative which produces still water at of Koma-Koma.

While at Ha-Sekhohola Primary School, the Prime Minister inspected the new building of the school and assured the school community that this building will be complete by end of the year, saying this will enable the students to have a free and safe environment for learning.

He promised that the government will ensure that the school has all the necessary educational equipment that will enhance learners’ learning methods.

The Principal of Ha-Sekhohola Primary Mrs. ‘Mathabang Mohlotsane said the school is thankful to the Prime Minister for the new classrooms as this will improve their learners’ education.

Mrs. Mohlotsane noted that the school had only four classrooms and the other students used the church as their classroom, adding that this made their job and learners learning to be difficult because they were not able to use the church building freely for the educational purpose.

In conclusion, she noted that the school has students from Ha-Sekhohola, Ha- Soai village and the school is expected to admit 400 students next academic year.

Meanwhile, when addressing the gathering at Ha-Matsaile, Dr Majoro announced that construction of the road has begun and soon the tar road construction will be completed, saying in June 2022 he will officially hand over that road to Matsaile community.

He stressed that during his term as Prime Minister, he will ensure that there is service delivery in all ministries, adding that the government has identified 40 areas nationwide where towers will be built so that Basotho can access telephone services, adding that Matsaile is among the identified areas. 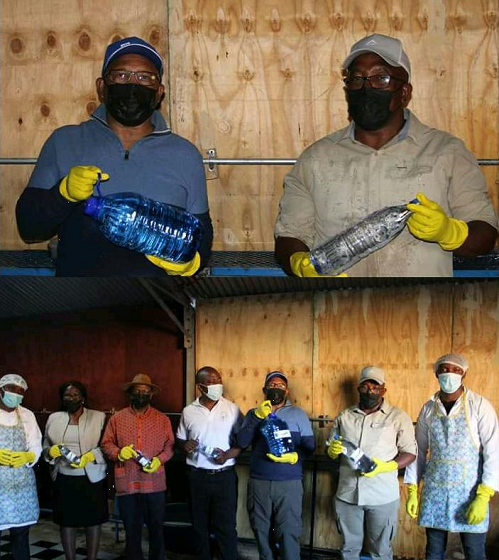 During his vist at Linotši Cooperative, Koma-Koma, he congratulated the corporation for embracing the project and assured them that they will continue to receive training on how to market their business through the Ministry of Small business, Co-operatives and Marketing as well as through his office under the Delivery Unit.