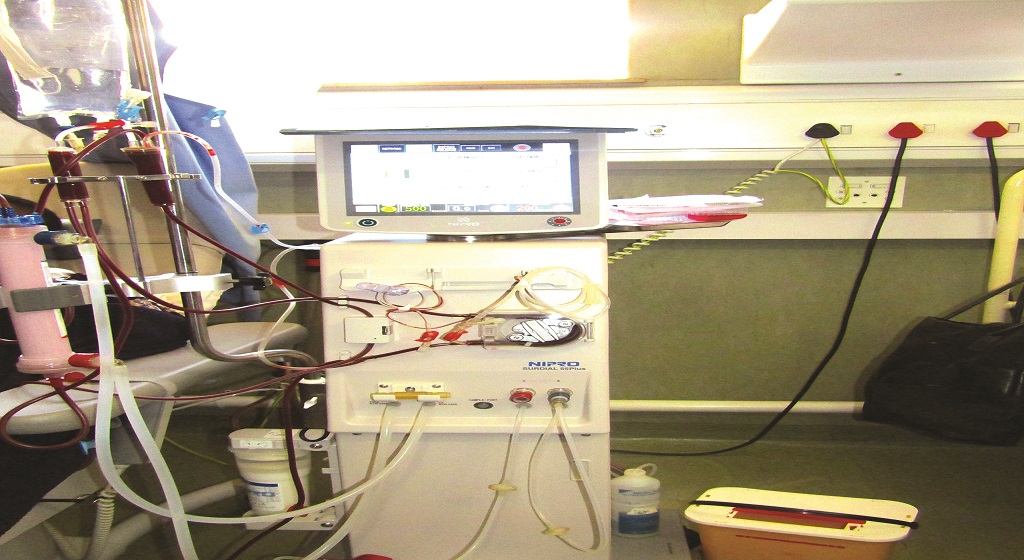 The Prime Minister, Dr Motsoahae Thabane says it is urgent and critical to strengthen Primary Health Care Services to ensure early detection and complications of diseases that cause Chronic Kidney Disease.

Addressing the crowd at the Inauguration of the National Dialysis Unit at Motebang Government Hospital in Hlotse, Leribe on Friday. He said among the key health priorities are Universal Health Coverage and control of Non-Communicable Diseases.

He said currently, government through the Ministry of Health is establishing clinics and Health Posts, particularly in hard to reach areas to ensure equal access to essential health services by all citizens.

In addition, he said the main goal of the initiative is attainment of nationwide screening, prevention, early detection and proper management of diseases at primary level.

Dr Thabane said for better health outcome, the government is currently employing additional 250 nurses and 38 doctors to be deployed in various health facilities across the country while at primary level the training of Village Health Workers has been strengthened to include screening of Non-Communicable diseases.

Talking about operations of the Dialysis Unit, he said they need to be sustained, urging the management and staff of the unit to ensure that the equipment is managed and maintained well.

“These machines should only be used for the intended purpose and no eligible citizen should be denied access to the services provided by the unit,” he stressed.

He added that this unit should be a leading health centre in Lesotho and offer unparalleled professional services, adding that no corruption should be practiced regarding the unit.

He expressed gratitude to the Government and People of Japan for donating 10 dialysis machines through Tokushukai Foundation and thanked their support in various developmental areas in the country.

Dr Thabane noted that this is not the first support they get in the field of Health as the Government of Japan has assisted in the strengthening of immunization for under five years children through procurement of vaccines, cold chain equipment and capacity building in different health programs including Tuberculosis and HIV and AIDS.

He said last month the Maluti Seventh Day Adventist Hospital received an ambulance from Rotary Club of Japan, adding that Japan and Lesotho continue to cooperate in different sectors such as Education and capacity building and Infrastructure.

At the same event, the Deputy Prime Minister, Mr. Monyane Moleleki thanked the Government of Japan and Tokushukai Foundation for giving out valuable assets to the people of Lesotho.

He also thanked the former Ambassador to Japan, Mr. Richard Ramoeletsi for working hard in making sure that Lesotho gets the dialysis machines.

Speaking at the same occasion, the Minister of Health, Mr. Nkaku Kabi said the country is faced with the challenge diseases including communicable and non-communicable diseases.

He said the Ministry of Health is working hard to expand the unit to the southern part of the country so to cover all patients in the country.

Talking about the training, he said more doctors need to be trained to run the dialysis unit, saying lack of equipment lead to many unnecessary deaths thus urging that other procurement procedures for ordering medication and equipment take long hence need to be reconsidered.

On behalf of the Government of Japan, Dr Toki Nakamura of the Embassy of Japan said the government and people of Japan are proud and happy to be part of this transformation which is intended to bring change to people’s lives.

He said it is their hope that the Dialysis Unit will give and bring happiness in many families of those who will be healed.