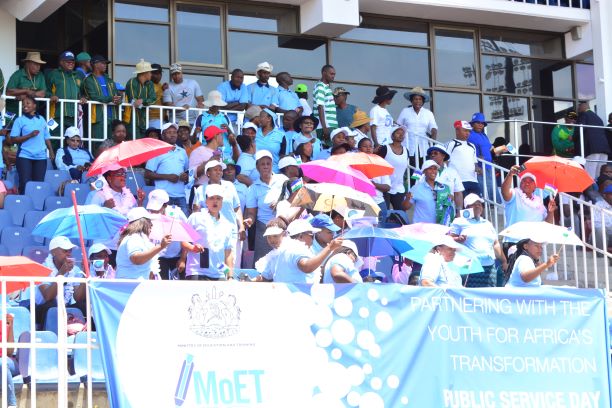 This he said during the 2018 Public Service Day celebration held at the Setsoto Stadium on Friday.

The PM encouraged the public servants to respect the people they serve, further calling for cooperation in the fight against corruption within the public service.

He said there are programmes, policies and laws intended to fight corruption and improve the public service such as the Priority Policy Programme, Public Service Act, Declaration of Asserts and Public Service Regulations of 2008, noting that the government of Lesotho is also working towards depoliticising security agencies and the public service through the national reforms.

Dr Thabane concluded by appealing to Basotho to pray for rain as per His Majesty King Letsie III’s request.

Also speaking was the Deputy Prime Minister, Mr. Monyane Moleleki acknowledged those who took part in this year’s celebration. He also acknowledged the public servants for providing services this year

This year’s theme is ‘Combating Corruption in the Public Service Institutions through Stakeholder Participation and Promotion of Ethical Leadership to Realise the Objective of Agenda 2063 and the Sustainable Development Goals (SDGs)’.

Public Service celebration is an international annual event meant to honour public servants for the contribution they make in delivering services to the society.