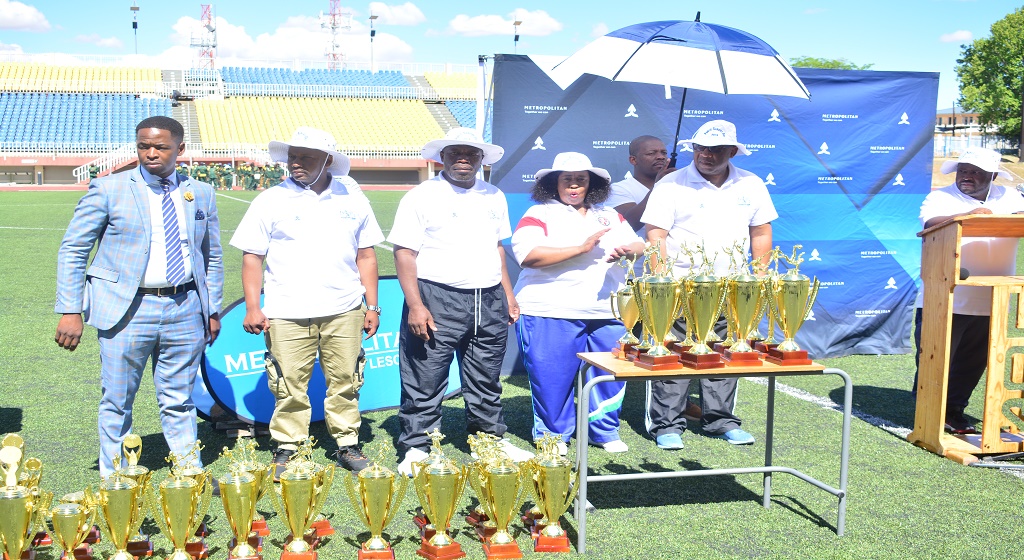 The theme for this 14th Public Service Day (PSD) is ‘Intersection of Youth Empowerment and Migration: Entrenching a Culture of Good Governance, ICT and Innovation for Inclusive Service Delivery’.

The Minister therefore urged public servants to work hard so to improve service delivery in the country, saying ministries such as Home Affairs, Communications, Science and Technology and of Public Service are working hard to ensure that the reforms become a success.

He also commended organisers of the event for the job well done in leading the process of building a bridge at Ha Sekants’i in the Maseru district as well as organizing and conducting a youth forum where topics discussed included youth empowerment, use of ICT and innovation to improve service delivery as well as good governance.

Speaking at the same even was the Minister of Public Service; Mr. Tsukutlane Au who said the decision made by the African Union to celebrate Public Service Day was a noble one and was embraced by its member states including Lesotho.

He said the day serves as a platform for politicians, private sector and civil servants to mingle in a relaxed setting, saying this makes it easy for such parties to join efforts and ideas for better working relations, which he said, could help them build Lesotho towards her economic development. 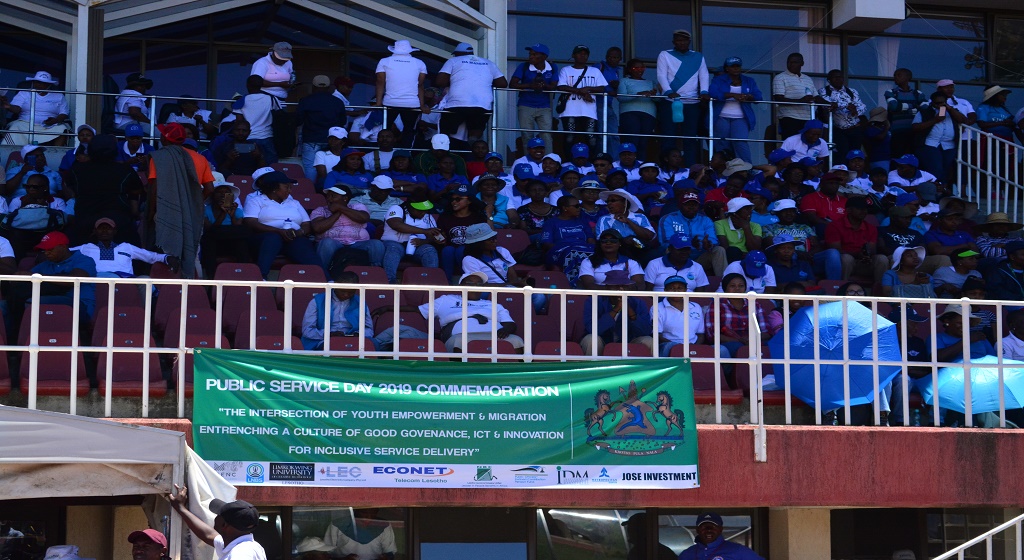 As part of the celebration of the 2019 Public Service Day, public servants, dressed in their different sporting attires labelled with their different ministries’ logos and mottos, engaged in different activities such as horse riding, playing soccer, athletics, performing choral music and aerobics to mention but a few.

In an interview, many felt the day was a day worth celebrating as they said aerobics have a positive role in helping them maintain physical and mental well-being.

“I love aerobics and I am happy we are here today even though the level of this event is depreciating as people are no longer coming in large numbers like in the past,” Ms. Mathulo Lebakeng of the High Court said.

The peak of the day’s event in sporting activities was a tug of war play by Lesotho Mounted Police Service (LMPS) and Lesotho Defence Force (LDF) and the LDF members took the glory against their opponent.

The Public Service Day activities started with the walk led by both LMPS and Lesotho Correctional Service band from the latter’s grounds to Setsoto stadium.

Africa Public Service Day is an event entrenched in the African Union calendar. It originates from the conference of African Ministers for Public or Civil Service held in Tangier, Morocco in 1994.

In Lesotho, this day was first celebrated in 2005.