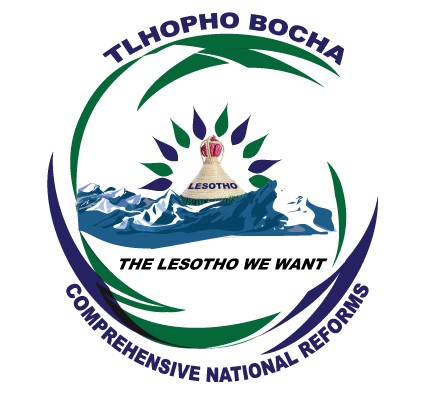 The Second Multi Stakeholders forum on reforms has been reported to have attained its goal as all the seven thematic areas reports were adopted at the event held in Maseru on Tuesday.

Though participants agreed to disagree on some issues, but the Constitution, Economy, Security, Public Service, Judiciary, Media and Parliament reports have all seen the light.

All these reports were adopted after thorough questioning and interrogations by participants except the economy report which simply passed without point of orders and some sort of questioning.

Therefore, the South African Development Community (SADC) Mediator in Lesotho’s political distress, Justice Dikgang Moseneke said this is an attainment of goal, saying it was impossible for Basotho to have agreed on all issues.

“Our cup is now quarterly full, there is no doubt we are getting somewhere,” he stressed.

In his presentation on behalf of the economy commission, Mr. Mothae Maruping and his team strongly called for economic empowerment of youth policies such as those on entrepreneurship.

This, he said will go a long way in enabling youth think outside the box, create jobs and contribute towards economic growth.

The Public Service report saw the issue of age pension for public service which is suggested to be reduced from 60 to 50 being a bone of contention as the forum felt this would be to solve a problem with a problem because people are still fit to work at age 50, therefore many families would go hungry.

The last report on the presentation was the security report whereby Ms. Nthati Masupha on behalf of the team outlined that Basotho have agreed to separate and clearly state relations amongst security agencies so as to avoid commotion while also calling for full autonomy of Police Complaints Authority (PCA), so that victims grievances can be tackled.

In another issue, National Security Service (NSS) should be answerable to the office of the Prime Minister while Lesotho Defence Force (LDF) should sensitise the society on their work as according to Ms. Masupha.

It is expected that His Majesty King Letsie III will officially close the forum on Wednesday.