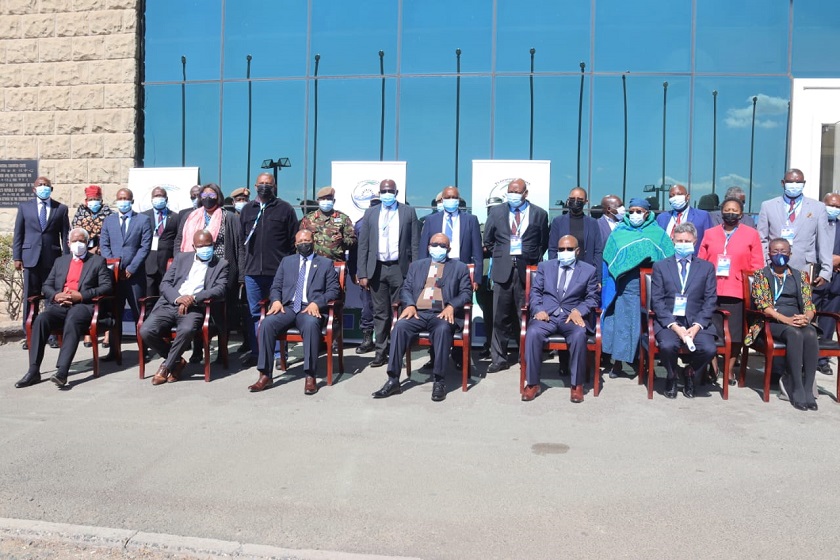 The Deputy Prime Minister, Mr. Mathibeli Mokhothu says it is common knowledge that reviewing, and reforming the national security agencies is seen by most of Basotho as key to the achievement of lasting peace, democracy and stable political, security and social environment.

This, Mr. Mokhothu said when officially opening a three-day workshop on the formulation of the roadmap for the development of the National Security Policy and Strategy of the Kingdom of Lesotho held at ‘Manthabiseng Convention Center in Maseru on Monday.

He added that the development of the common and inclusive national vision and policy for the security sector together with the roles that the sector should play in achieving the overall national vision is critical.

The Deputy Prime Minister said the event marks another important milestone towards implementation of Comprehensive national reforms in the country, saying formulating a roadmap for the development of the National Security Policy and Strategy of the kingdom of Lesotho is one of the achievements, noting that Basotho have mandated the National Reform Authority (NRA) to develop the National Security Policy and Strategy in order to achieve effective security sector reforms.

Mr. Mokhothu, therefore, urged all participants at the workshop to stay focused on the objective of the event, saying they should remember that they are there to draft the roadmap that will indicate the process for the development of the policy and strategy documents.

He said NRA is on track in terms of observing one of the fundamentals guiding principles of the reform process namely inclusivity and transparency.

Moreover, he assured stakeholders of the government’s unwavering support and commitment to the process.

He thanked the development partners and all stakeholders for their support to the country since the beginning of the reforms process to date.

In the same event, the acting Representative of the European Union (EU), Mr. David Healy said the EU is happy to see that there is progress made regarding the national reforms.

Mr. Healy said Lesotho has a prolonged history of political instability facing many security challenges, noting that security institutions in Lesotho have been blamed for this instability hence there is a need for reforms for national security which will be seen as key to the achievement of lasting peace and stability in Lesotho.

He mentioned that amongst the urgent reforms are clarification of the mandate of security intuitions under of the lines of command.

He said the implementation of these changes will help the development of the more improved and accountable security sector, saying the EU hopes that this scenario will bring the end to Lesotho’s violence and unstable past which will enable the country to embark on a development path that will reduce poverty.

She said it is through platforms like this that will help all participants to come to a common understanding of what are key considerations and actions that define security sector reform.

NRA, which was inaugurated in February 2020 to oversee the implementation of reforms is mandated to propose and approve policy documents, draft bills and any legal instruments from the CEO. NRA operations have been extended from August 31, 2021 to April 30, 2022