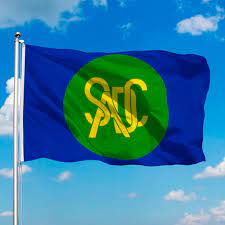 According to National Reforms Authority (NRA) Chief Executive Officer, Mr. Mafiroane Motanyane, the visit of the SADC Facilitator and his team in the country forms part of the usual routine to monitor reforms progress so that he could report to SADC.

Mr. Motanyane said the objective of the visit is also to give advice on how challenges can be addressed if faced.

He said the team arrived in the country on Tuesday afternoon and has already met with NRA Leader and International Partners.

He said they are expected to meet with His Majesty King Letsie III at the Royal Palace in Maseru, opposition parties and NRA later today (Wednesday).

The team is expected to leave the county on Wednesday afternoon.

Lesotho’s journey of reforms started in 2018 with districts consultations to diaspora and other several activities, from the First and Second Multi Stakeholders (FSMS) meetings where comprehensive reforms report covering seven areas was presented to the Mediator, Justice Moseneke on behalf of the SADC official Mediator, President Cyril Ramaphosa of South Africa.