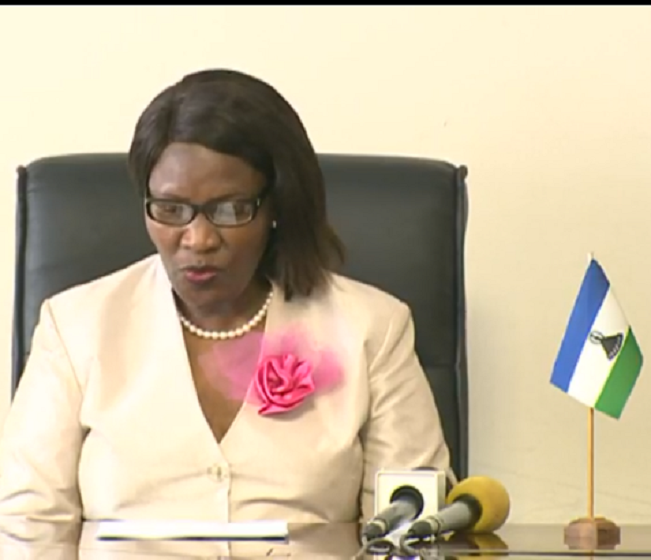 The Minister of Education and Training says that schools will open on January 04, 2021 (Monday) as has been set but it will be grades 10 and 11 as well as forms C and E only.

This,  Ms. Ntlhoi Motsamai disclosed in her statement on Sunday.

She said the next classes will open on January 18 and this will include Early Childhood Care Development (ECCD), grades five (5), six (6), and seven (7).

She noted that this plan will allow primary teachers to prepare themselves and for the learners as they will only be familiarising themselves with this new norm of teaching under the COVID-19 era.

She said the ministry will implement some of the guidelines for schools reopening starting from Monday (January 04) which she said will include training of a group that will train teachers about the new curriculum and remedial teaching for learners, providing schools with teachers’ guides entailing how teachers should teach the newly prepared curriculum in the context of COVID-19.

She added that this new curriculum will not be in contrast with the ministry’s policies of teaching and inspection, saying this will include the printing of training manuals that will be given to schools.

Minister Motsamai further noted that wearing of masks is compulsory therefore urged parents and guardians to provide children with masks and to encourage them to use them at all times.

On the other hand, she stated that learners who were in grade seven (7) in  2020 will fill forms for transiting to grade eight (8) on January 05, 2021, saying such forms will be available in primary schools where they did their grade seven (7).

Commenting on the issue of shifts or rotation of classes, she mentioned that to keep social distancing, schools are expected to draw their own plans on how to conduct classes especially those with a high enrolment of learners.

“It would be wise for schools to have plans on conducting lessons either be on shifts or rotation by days as a way to ensure social distancing,“  she said.

The Minister emphasised that the academic year still starts in January and ends in December, saying they are going to introduce accelerated teaching and learning as well as a compressed curriculum so as to ensure that both 2020 and 2021 curriculum are accommodated in this academic year.

The normal school learning was disrupted by the emergence of COVID-19 last year whereby schools were forced to shut down in March in a bid to curb the spread of the pandemic.