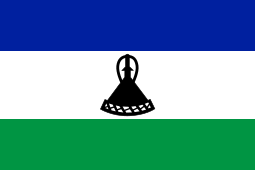 The Senate has agreed on the passing of the Appropriation (2021\2022) Bill before the house in a sitting held in Maseru on Tuesday.

Tabling this bill in the Senate, the Minister of Finance,  Mr. Thabo Sophonia said the bill was prepared in accordance with Section 112 (1) and (2) of the constitution of Lesotho.

He noted that the funds granted by this Act shall be applied for the purposes of meeting the expenditure approved, noting that some ministries have been given more attention in terms of funding due to the prevailing conditions of the COVID-19 pandemic.

He mentioned amongst the ministries, the Ministry of Agriculture and Food Security which he said has been allocated M450 million with the aim to improve food security in the country.

Another ministry as mentioned by the Minister of Finance is the Ministry of Health which he said has been allocated M482 million, saying the intention is to help the ministry deal with health related issues such as the fight against COVID-19, HIV/AIDS, TB and immunisation of children. He added that M6.3 million has been set aside with the purpose of establishing a Cancer Treatment Centre (CTC) upon completion of the Queen Elizabeth II Hospital construction.

‘The Ministry of water has been given M710 million to ensure and secure clean drinking water across the country,’ he added.

The Ministry of Home Affairs has been allocated M261 million, which the Minister said is aimed at ensuring that every Mosotho has an identity document as well as marking and branding livestock that he said contributes hugely in the fight against stock theft.

Commenting on the Bill, the Principal Chief of Bela-Bela, Chief Peete Lesaoana Peete applauded the government through the Ministry of Finance, urging the government to focus more on agricultural development as it is amongst the ministries that contribute much on job creation and economic growth.