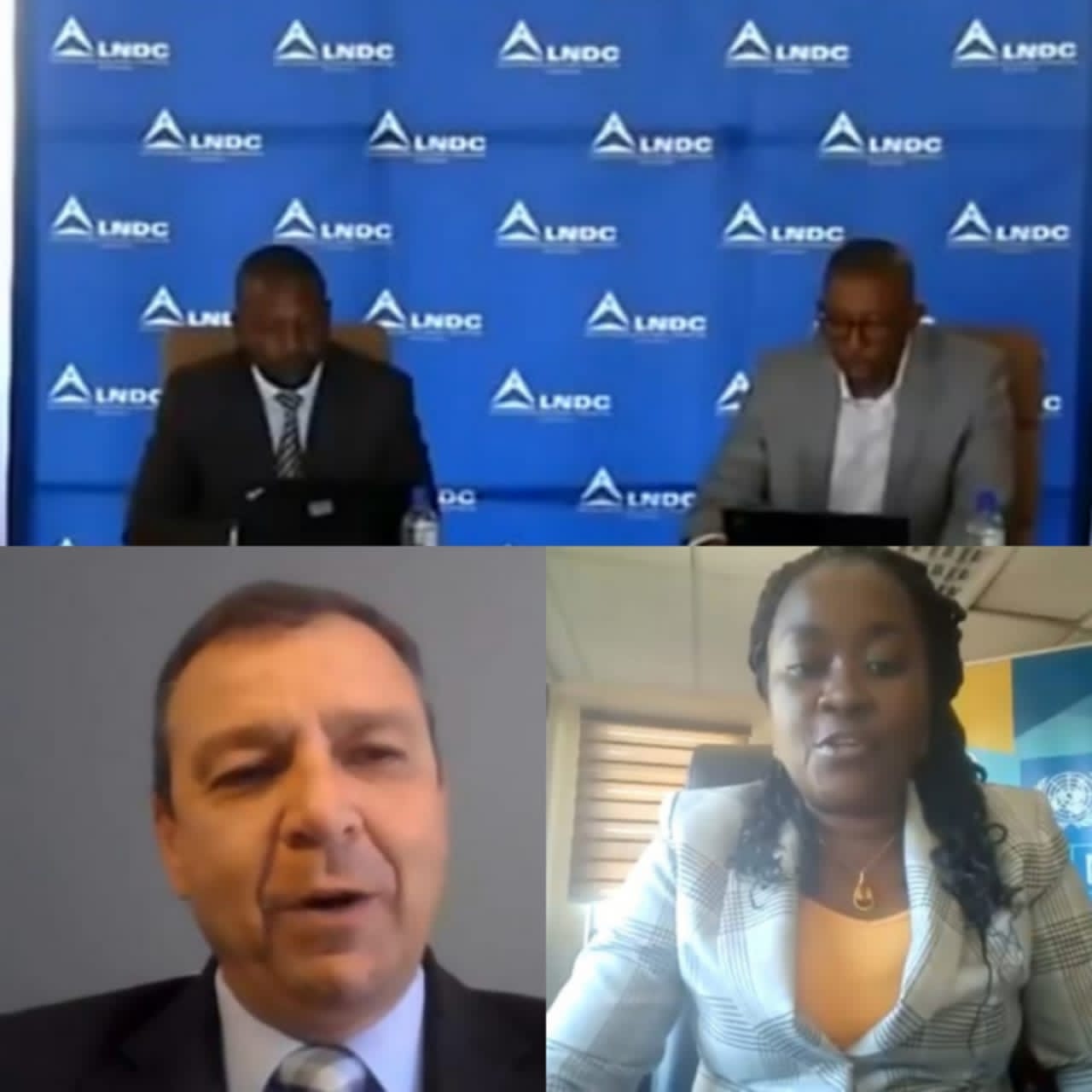 Speaking at the launch, the newly appointed Standard Lesotho Bank Chief Executive Officer, Mr. Anton Nicolaisen said they are pleased to be part of this special account that will promote the livelihoods of Basotho as well as their economy.

Mr. Nicolaisen said this program will address issues of unemployment, financial inclusion and lack of finance for small and medium entrepreneurship.

He further stated that they are honoured that UNDP and LNDC have agreed to partner with them in launching this program, saying this is a great intervention towards economic development especially in the agri-business which he said has been identified as a game-changer of the national economy.

Mr. Nicolaisen said Standard Lesotho Bank is intentional about growing the local economy as it is moral to guarantee food security for people to promote self-reliance and create opportunities in agri-business, saying, as Standard Lesotho Bank, they firmly believe that they can grow a group of agriculture entrepreneurs that can make Lesotho self-sufficient in the long term by producing for the local, regional and international market, noting that this can happen only if they acquire right skills and understand channels of distribution in the agricultural sector.

He said for the year 2021, Standard Lesotho Bank has contributed M400,000 in this initiative saying with the contribution from both UNDP and LNDC, he believes they will go a long way.

In conclusion, Mr. Nicolaisen urged for support of this kind of initiatives for the benefit of Basotho.

Mrs. Wabunoha said developing countries like Lesotho are at risk of being left behind due to the inherent development challenges and capabilities to adapt to 21st century development.

She remarked that Lesotho’s economy is expected to drop by 6 percent in the coming future, saying the drop in the economic production will be more felt by the local communities hence why this program resonates well with UNDP programs for restoring Lesotho’s economy.

Mrs. Wabunoha said UNDP supports Standard Lesotho Bank for this initiative which supports sustainable product development, adding that they are pleased to be part of this partnership.

She, therefore, pledged UNDP continued committed to supporting Basotho’s effort to achieve sustainable development, saying she is confident that this initiative will bring sustainable jobs.

Mr. Bereng noted that beyond the financial contribution, LNDC will ensure that this initiative brings a sustainable impact to Basotho.

Local Supplier Development Program is one of the first to be launched in the country through the partnership of these three stakeholders.