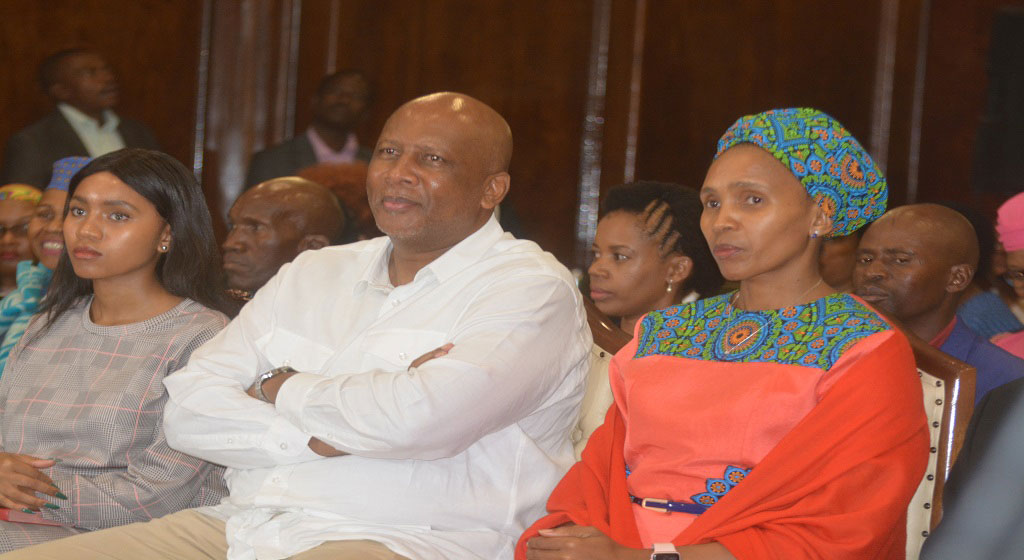 Their Majesties King Letsie lll and Queen Masenate Mohato Seeiso celebrated their 20th wedding anniversary on Tuesday at the ceremony held at the Royal Palace in Maseru.

The ceremony, which was attended, by family and friends commenced with a Holy Mass service led by Archbishop Tlali Lerotholi O. M. I. of the Roman Catholic Church (RCC).

In his words of encouragement, Archbishop Lerotholi wished their Majesties a happy anniversary, saying love endures all and that the scriptures outline this.

He said it is not surprising that the royal couple is celebrating 20 years in the new year of 2020.

‘The Lord who united you knew even before you planned to marry that today was going to be happening,’ he stressed.

The Archbishop appealed to young people to learn from their Majesties that through faith and love, it is possible to stay in marriage.

On behalf of the royal family, the Principal Chief of Matsieng, Chief Seeiso Bereng Seeiso thanked the church and its youth choir for having led the service.

He added it is important to remember and celebrate the achievement of 20 years, further urging them to continue being happy and loving one another.