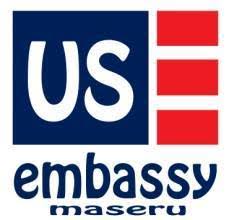 The American Embassy and government of Lesotho through the Ministry of Development Planning on Wednesday signed bilateral Development Objective Grant Agreement in Maseru.

The agreement which is for five years is intended to provide Framework for United States Agency for International Development (USAID) President’s Emergency Plan for AIDS relief (PEPFAR) funding for Lesotho.

Speaking at the event, the US Ambassador, Ms. Rebecca Gonzales said under the bilateral agreement the American government plans to make funds available to combat HIV/AIDS in Lesotho, saying the funding will go to USAID’s implementing partners to work with local health workers to deliver high quality, lifesaving prevention, care and treatment services.

She mentioned that United States is committed to the partnership with the Basotho people and the government of Lesotho to support this country’s efforts to achieve its development objectives particularly in the health sector.

She added that the US government through PEPFAR has committed more than $70 billion worldwide and over $384 million to the bilateral HIV response in Lesotho, which she said amounts to more than M4 billion to date.

She said, she is optimistic that this new initiative will enable more Basotho men to access much needed health services especially in underserved and remote areas.

On behalf of the Minister of Development Planning, Mr. Mokoto Hloaele, the Minister of Energy said they are aware that the agreement stands to guide support for Lesotho in the health sector particularly in the fight against the HIV/AIDS pandemic which continues to be a concern to the government of Lesotho and the nation at large.

‘We acknowledge that this, in a way is a continuation of USAID’s support to the health sector and we remain grateful for this gesture,’ he added.

He said the support does not come in isolation but given in adherence to their partnership policy of 2013, which guides the provision of development assistance to Lesotho, support to implementation of the country’s development document, the National Strategic Development Plan (NSDP) whose identified priorities require a healthy society as well as international commitments to which Lesotho is a signatory and beneficiary.

He noted that the agreement paves the way for resources to be utilised by third party agencies under the watchful eye of the Ministry of Health and USAID for the betterment of the people.

He therefore urged potential implementers to align themselves with the commitment demonstrated by the two governments and assist them in achieving the intended objectives of the agreement.

Also present at the event was the Minister of Health, Mr. Nkaku Kabi who commended the US government for the initiative, noting that saving lives is one such important factor and that without their support Lesotho would not be where it is today.

He expressed hope that the money will be used for intended purpose and not use it to fund workshops and other unrelated activities.

The bilateral agreement funding amounts to US$250 million.