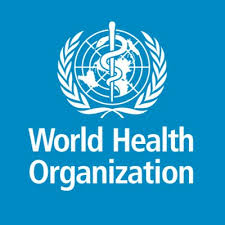 With current regulatory capacity and enforcement reportedly insufficient in most developing countries including Lesotho, World Health Organization (WHO) estimates that only three out of 10 regulatory authorities globally function according to acceptable standards.

The Organization has thus launched five-year plan ‘Delivering Quality-assured Medical Products for All 2019-2023’ to improve the quality and safety of health products for the need of strong regulatory systems to reach universal health coverage (UHC).

UHC is anticipated to bring about greater access to medical products, and a statement issued by the WHO asserts that cautioned need to be exercised to ensure that those products are quality-assured, safe and effective so that they do what they are supposed to do which is prevent illness and improve people’s health per the five-year plan’s importance.

“To compound that, manufacturing of health products has become increasingly globalised, with products and the materials that go into them before they reach patients, requiring even greater vigilance,” reads the statement meanwhile adding that with the rise of non-communicable diseases (NCD) such as cancer, cardiovascular conditions and diabetes, regulatory authorities in developing countries are facing even greater workloads and new demands to regulate innovative products.

The Ministry of Health has recently validated the Anti-Microbial Resistance (AMR) national action plan during which the Director General-Health Services, Dr ‘Nyane Letsie remarked that it is well known that the health sector has realised the impact of AMR hence her emphasis to associate the initiative mainly to improper use of medicines.

She stressed on the importance to also note the quality of medicines to address Lesotho’s HIV and TB patients resistance and made an emphasis in line ministries’ support through either advocacy or licencing of medicines among others, which she said need to be controlled to ensure proper procurement channels of medicines with legitimate proprietors are followed and medicines storage adhered to.

In recent months regulators across many countries have meanwhile reportedly recalled dozens of medicines to treat high blood pressure because they were found to contain potentially cancer-causing impurities, which caused death.
Source: LENA 08/07/2019