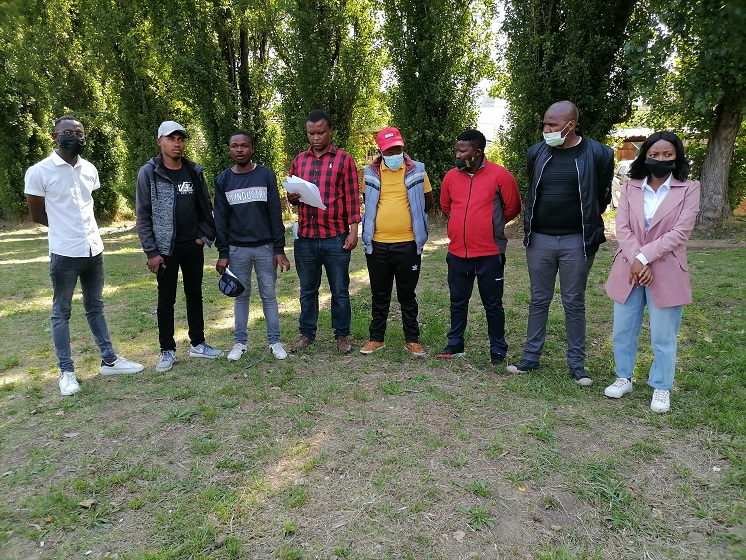 The Department of Youth in the Ministry of Gender, and Youth, Sports and Recreation will hold a virtual Youth Job Summit from 17-19 November 2021.

Mr.  Phetho Matla who is the Youth Task Team Coordination disclosed this during the press conference held in Maseru on Tuesday.

According to Mr. Matla, the Job Summit is expected to attract different stakeholders like the private sector, Government, and local and international Non-Governmental Organisations (NGOs) to discuss ways in which to create jobs for youth in the country.

He commended the Minister of Gender and Youth, Sports and Recreation, Ms. Likeleli Tampane for considering their concerns and establishing the Youth Task Team which serves as a channel between the youth and the government.

He mentioned that they have been engaged in various stakeholders’ forums deliberating on ways to modify their methods of approach to include youth in formulating solutions for their problems.

He, therefore, expressed gratitude to those who made it possible for them to conduct a study in the districts to establish how unemployment affects them especially during the COVID-19 pandemic, and how they would like to be assisted.

“Young people have now reverted to self-employment in the sectors of Agriculture, Tourism, Arts and culture, Manufacturing and packaging, retail and mining (sandstone),” he said.

He said the plans are expected to be executed in February next year, saying the roadmap will be launched in January 2022, however he encourages the early birds to begin as soon as possible because the youth is in dire need.

Meanwhile, the summit comes after the Department of Youth held a stakeholders virtual meeting in August where stakeholders discussed issues relating to youth unemployment and the proposed Youth Summit. This meeting was organised by the Prime Minister’s Delivery Unit in collaboration with the Accountability Unit.

The task team which is mandated to serve as a link between government and youth is made of nine members drawn from Bacha shutdown, Opposition parties, Coalition Government, Christian Council of Lesotho (CCL) Higher Learning Intuitions and SMEs to mention a few.