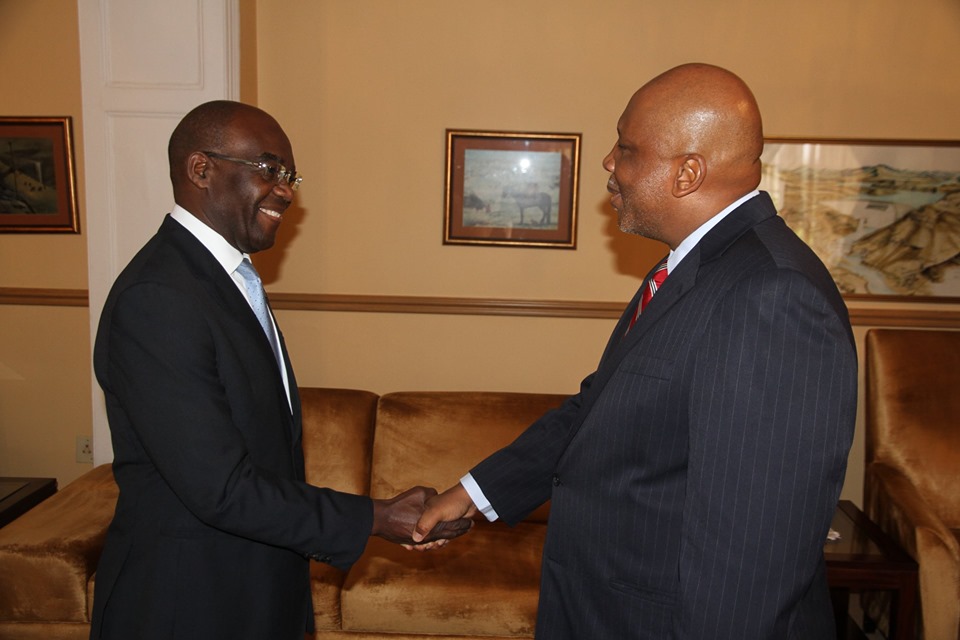 His Majesty King Letsie III accepted letters of credence from the Ambassador-designate of the Republic of Zimbabwe, Mr. David Douglas Hamadziripi at the Royal Palace in Maseru on Thursday.

Accepting the letters, His Majesty appealed to Ambassador Hamadziripi to collaborate with Lesotho so as to nurture ties of friendship that have existed for decades between the two countries.

He said the fact that many Basotho continue to be trained in the areas of health and security in Zimbabwe is an indication of promotion to a healthy nation.

“Both Lesotho and Zimbabwe share common membership to a number of regional and international organisations such as the African Union (AU), The Non Aligned Movement (NAM), World Trade Organisation (WTO) and the United Nations (UN).

His Majesty expressed his heartfelt condolences to the people of Zimbabwe for the passing of President Robert Mugabe, saying this will leave a void in the hearts of many Africans.

Presenting his letter of credence, Ambassador Hamadziripi commended Lesotho for positive strides in as far as the Lesotho Highlands Water Project is concerned.

He promised that during his tenure as the Ambassador of Zimbabwe to Lesotho, he will work hard to ensure economic development of the two countries and that peace and stability reign.

“This will go a long way in helping us further promote and implement trade agreement signed in 1982,’ he stressed.

In conclusion, he expressed his appreciation for the presence of the Lesotho authorities at the state funeral of the late President Mugabe.