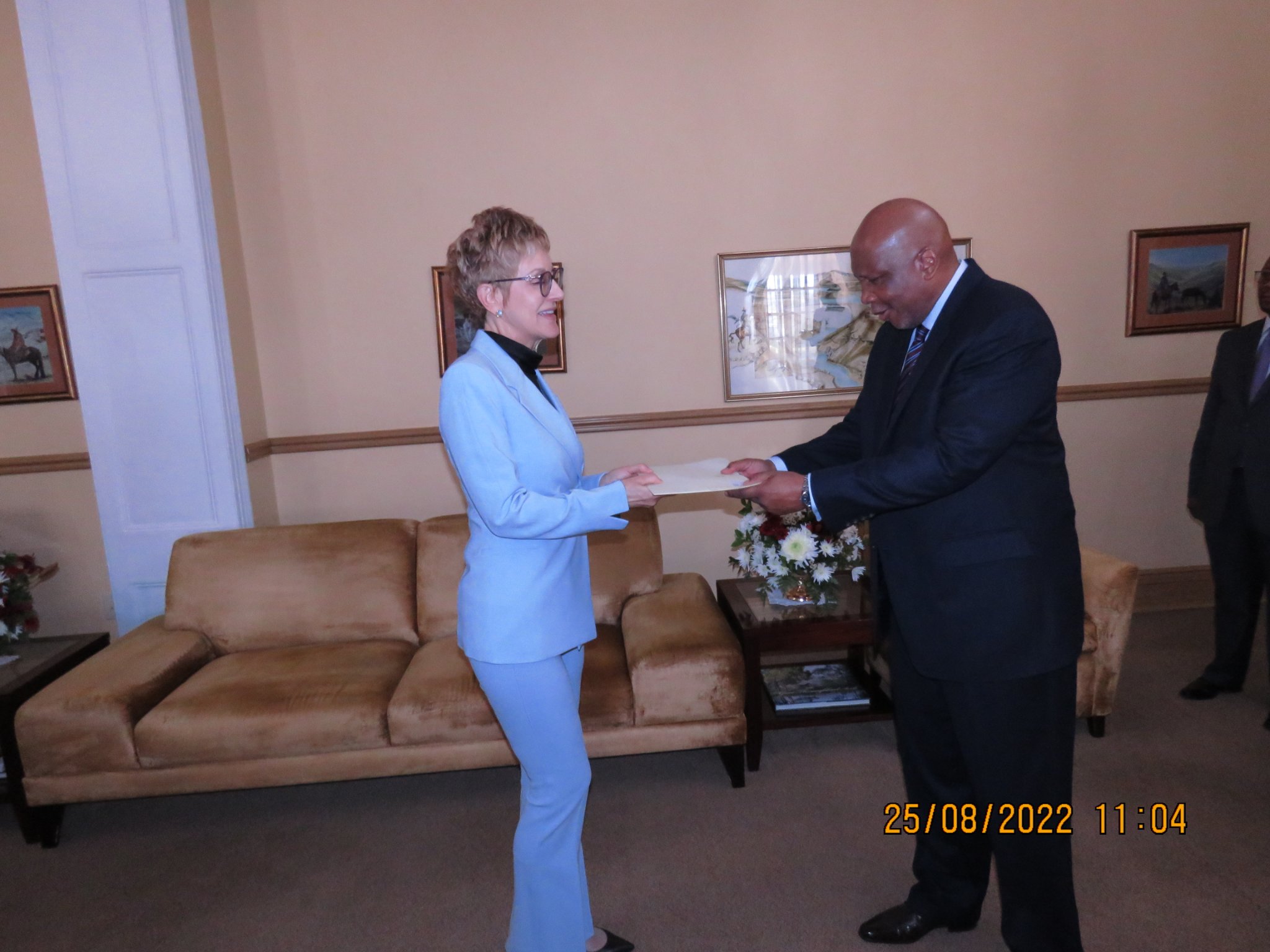 His Majesty King Letsie III says Lesotho appreciates Bulgaria’s initiative to provide scholarships for Basotho youth to study Medicine, Engineering and Information Technology at her universities. His Majesty said this when accepting letters of credence from the Ambassador of Bulgaria to Lesotho, Mrs. Maria Pavlova Tzotzorkrova-Kaymaktchieva at the Royal Palace in Maseru on Thursday. He […]

HIS MAJESTY APPLAUDS SA OVER REFORMS 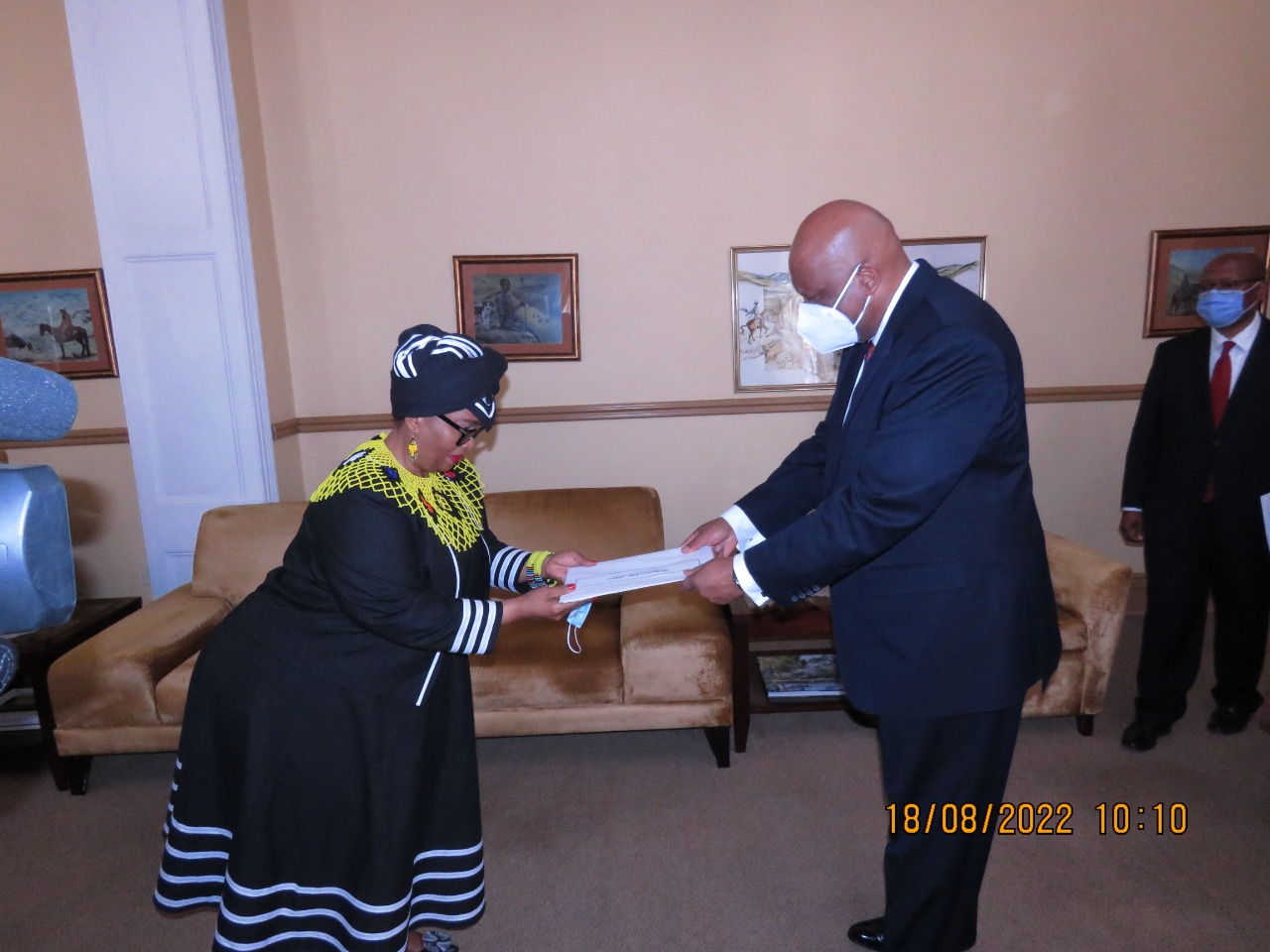 His Majesty King Letsie III has thanked the government of South Africa through President Cyril Ramaphosa and his envoy as facilitators for ensuring that the National Reforms process becomes a success. These, he said when accepting letters of credence from the South African High Commissioner to Lesotho Ms. Constance Seoposengwe at the Royal Palace in […] 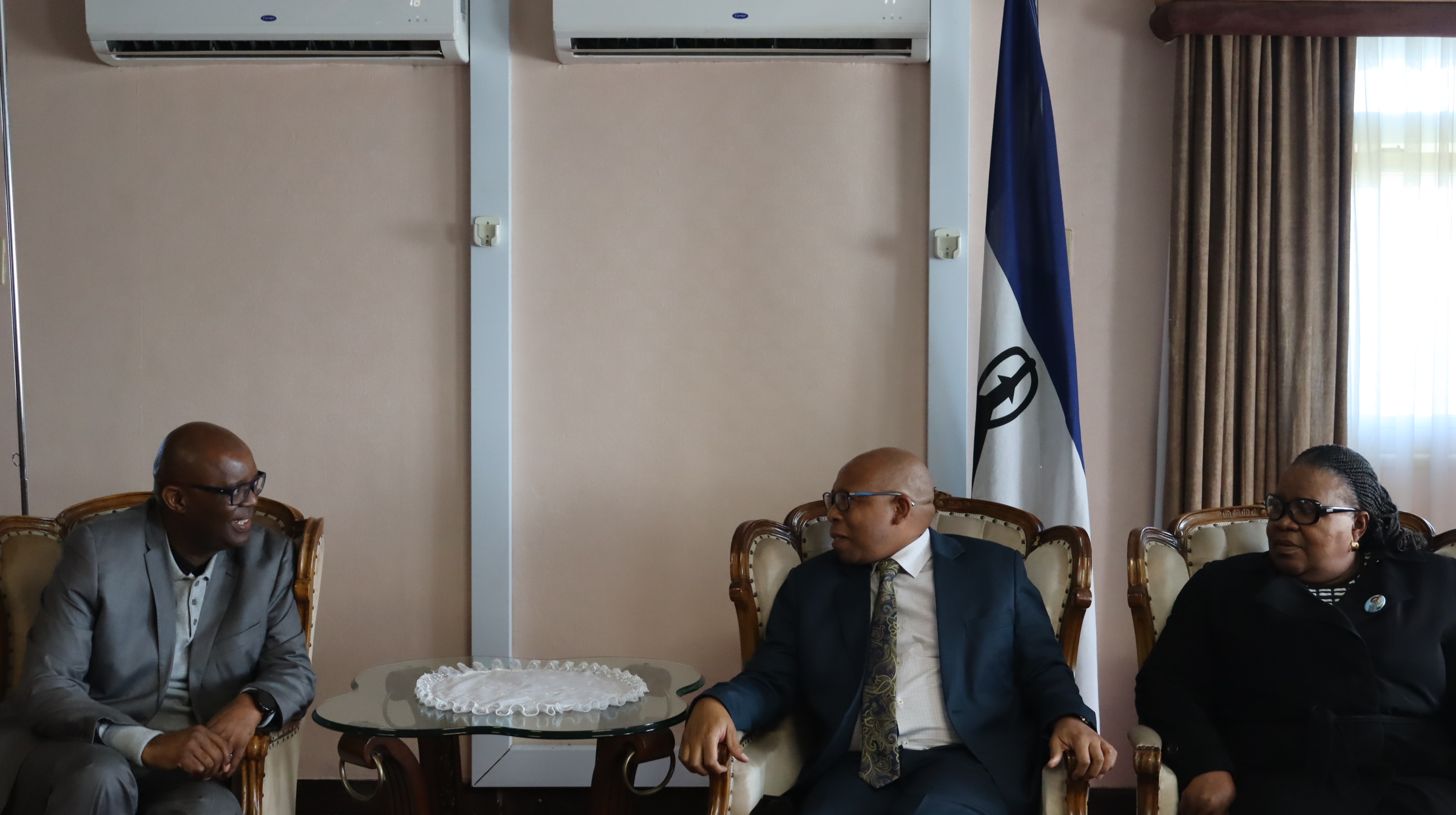 The Indian High Commissioner to the Kingdom of Lesotho, H.E Mr Jaideep Sarkar on Monday paid a courtesy on the Prime Minister, Dr Moeketsi Majoro at the new State House in Maseru. When briefing the media, Mr. Sarkar said the purpose of the visits was to revive the bilateral relationship between the two countries which […] 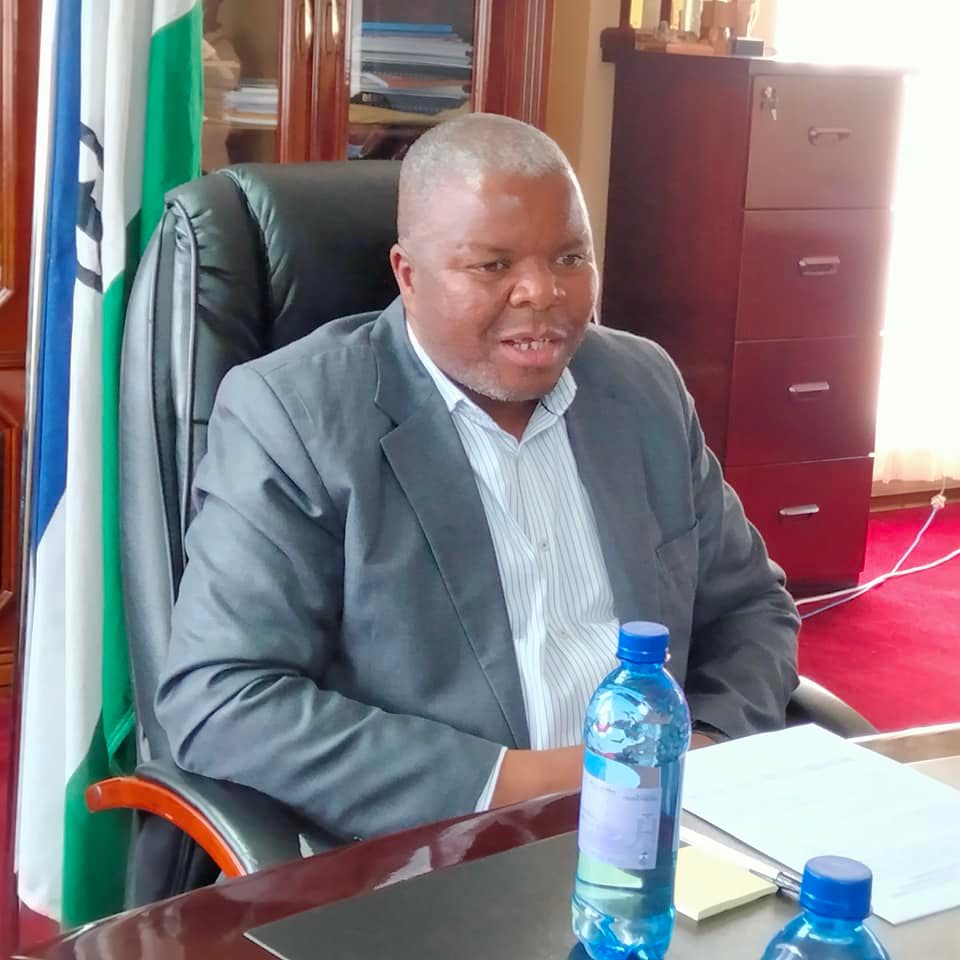 The Minister of Home Affairs, Mr.  Motlalentoa Letsosa has announced that the suspension of indefinite residence permits and citizenships has been uplifted. Mr. Letsosa noted that the applications will be open for all legible persons from Monday of 25th April 2022, noting that the indefinite residence permits and citizenship are not sold. He stressed that […]

HIS MAJESTY ACCEPTS LETTERS OF CREDENCE FROM ANGOLA 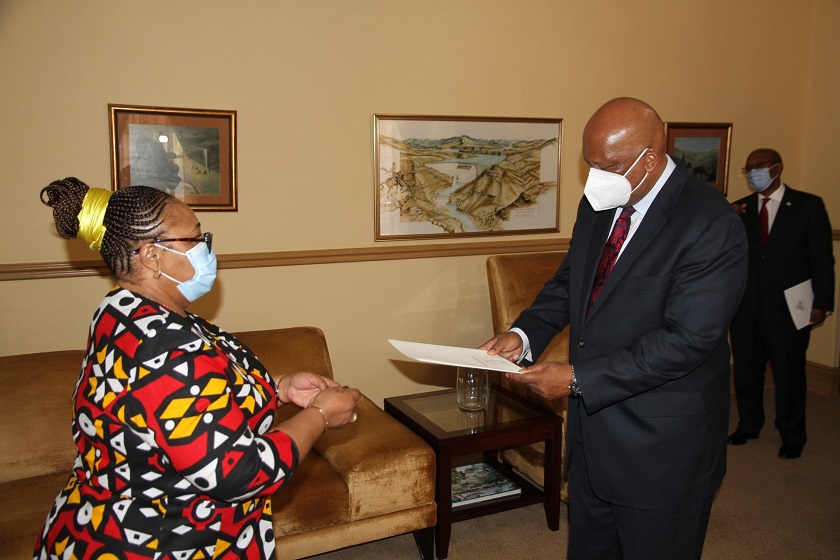 His Majesty King Letsie III says Lesotho and Angola have for a considerable time maintained warm fraternal relations. This, he said on Thursday when receiving a letter of credence from the Ambassador of the Republic of Angola to Lesotho, Ms. Maria Filomena De Fatima Lobao Telo Delgado at the Royal Palace in Maseru. He said […] 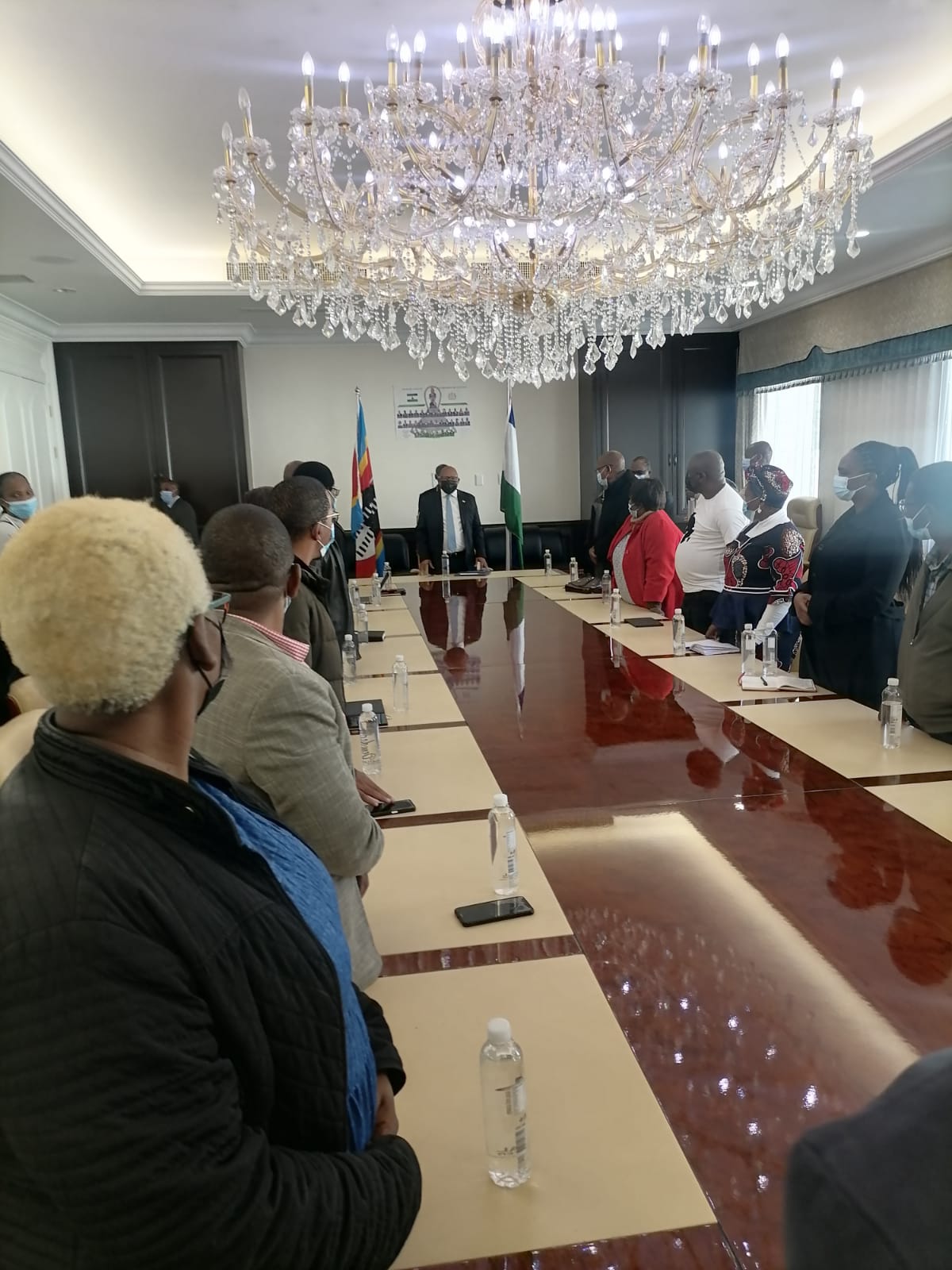 The 20-man delegation from eSwatini paid a courtesy call to the Prime Minister, Dr Moeketsi Majoro on Wednesday at the State House. The delegation comprises a civic formation such as CSOs, women, youth, people living with disability, legal and farmers associations as well as a forum of political parties in Eswatini. Giving a brief of […] 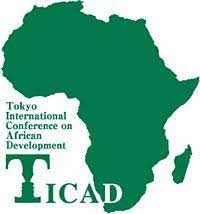 In an effort to revive the economy, the government of Lesotho through the Ministry of Foreign Affairs has identified a number of infrastructure development projects. This was revealed by the Minister of Foreign Affairs, Mrs. Matsépo Ramakoae in a speech delivered during the Tokyo International Conference on African Development (TICAD) on Saturday. Mrs. Ramakoae said […] 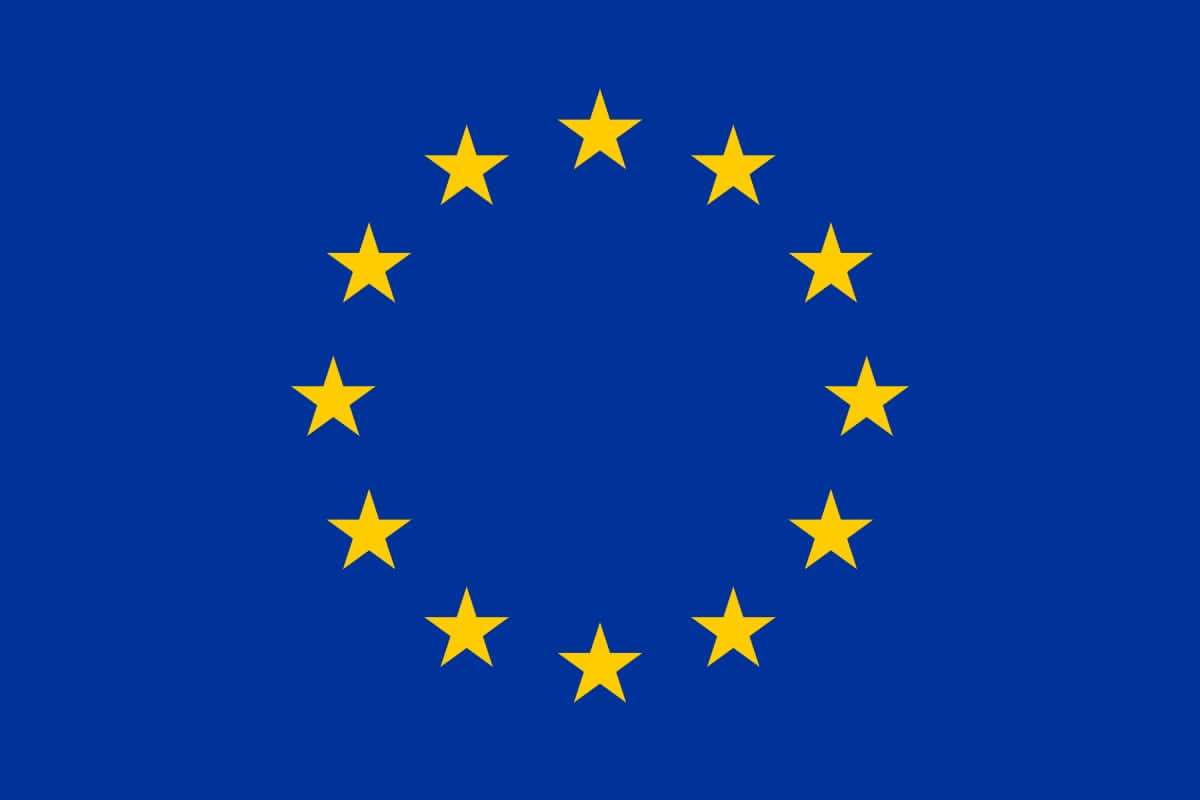 The European Union (EU) is planning to deploy the EU Election Observation Mission (EOM) to Lesotho ahead of the elections which are due to take place in September 2022. This is according to the EU press release, which states that before the deployment of an EU EOM, an Exploratory Mission (ExM) will be deployed between […]