This is essentially an alpine country, where villagers on horseback in multicolored balaclavas and blankets greet you round precipitous bends. The hiking and trekking – often on a famed Basotho pony – is world class and the infrastructure of the three stunning national parks continues to improve. An astonishingly beautiful country, this ‘Mountain Kingdom’ needs to be seen to be believed.

THE MAP OF LESOTHO 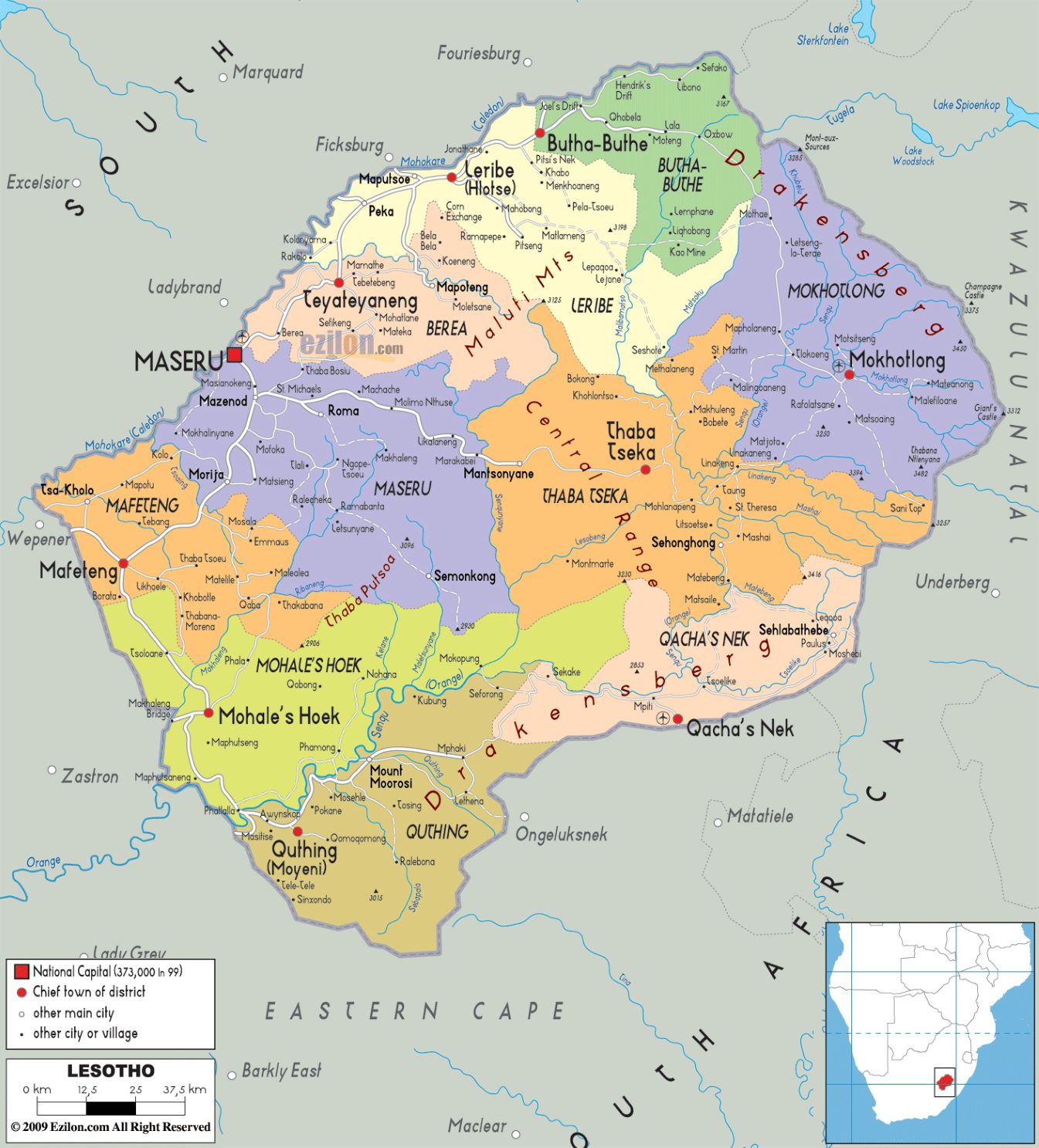 Lesotho was originally inhabited by local tribes of hunter-gatherers called the Khoisan. Later came the Bantu tribes and eventually the Sotho-Tswana peoples. In 1822 King Moshoeshoe I united the land under one rule for the first time. Lesotho (formerly Basutoland) was constituted as a native state under British protection by a treaty signed with the native chief Moshoeshoe in 1843.

It was annexed to Cape Colony in 1871, but in 1884 it was restored to direct control by the Crown. The colony of Basutoland became the independent nation of Lesotho on October 4th, 1966, with King Moshoeshoe II as sovereign. For the first 20 years the Basotho National Party remained in power. The country has since had changes in power and leaders with some protests and some unrest.