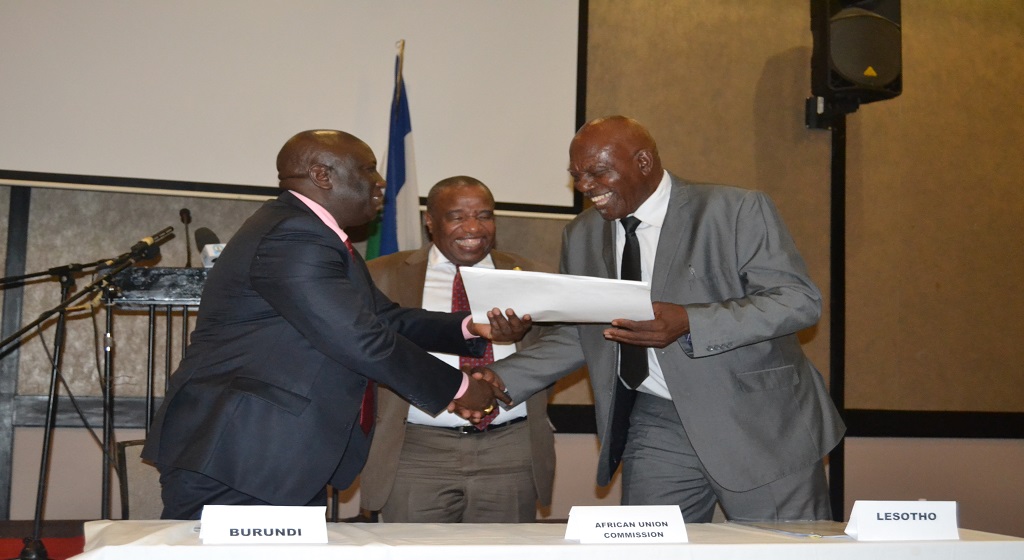 Accepting the Chairmanship at the handing over ceremony held in Maseru on Thursday, the Minister of Local Government and Chieftainship, Mr. Litṥoane  Litṥoane  said Africa is going through a period of structural transformation with urban transformation on the rising curve, adding that Africans now live in urban areas more than at any point.

He said due to this rapid urbanisation, provision for basic services such as solid waste management, housing, access roads, sanitation and electricity remain a challenge, saying generally, provision of such services is the responsibility of Local Authorities whose performance is inhibited by lack of financial and human resources, political manipulation, corruption and poor planning.

In addition, Mr. Litṥoane  said the issue of urban service delivery is a challenge that needs to be addressed given the deficit and poor quality service, noting that in order to achieve thus, governments need to develop and implement strategies that will enhance productivity and the quality of services delivered. He noted that these strategies need to promote increased citizen participation in the affairs of the local authorities, partnership with the community, other players and outsourcing services among others.

He therefore commented that given the myriad challenges that Africa is facing in its endeavors to enhance economic growth, Lesotho reaffirms her commitment of being the incoming bureau to the AU agenda for the committee. This aims to prevent and combat corruption, promote innovative approaches to service delivery including through information and communication technology, promote decentralisation and local governance as well as sustainable human settlement and urban development in Africa.

Speaking on behalf of the Outgoing Chairperson of AU-STC8 Minister of Decentralisation and Institutional Reforms of Burundi, Mr. Jean Bosco Hitimana pledged Burundi’s continued support, help and to share their experiences for elevation of Africa.

He said through concerted and joint efforts, peace can be preserved and prosperity promoted among the African people.

Present to witness the handing over of the chairmanship ceremony included the African Union Commission Director for Political Affairs, Principal Secretaries of the Ministries of Public Service and of Local Government and Chieftainship as well as government officials.