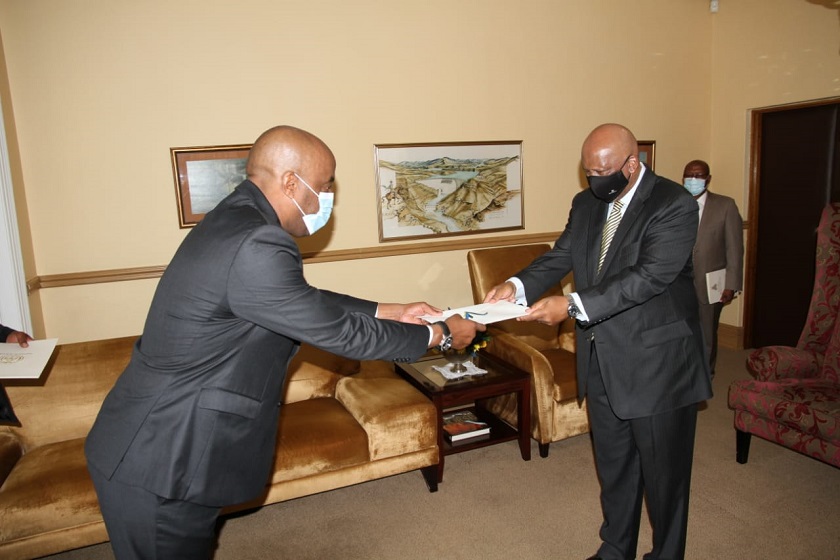 His Majesty said this when accepting letters of credence from Mr. Kayihura at the Royal Palace in Maseru on Thursday.

He said both countries are small and landlocked, adding that their similar geographical features make them compatible partners who can help promote common values and goals.

He added that both countries share common membership to a number of regional and international organisations such as the Commonwealth, African Union (AU), and the United Nations amongst others, saying this further deepens their bilateral relations.

His Majesty commended the President of Rwanda for his able leadership as the country has developed also appreciating the skills he shared during AU reforms.

In conclusion, he reassured the High Commissioner of the country’s full support during his tenure of office.

When presenting his letters of credence, Mr. Kayihura said both countries share bonds of cooperation in local government particularly in decentralisation amongst others, stressing the need for both countries to join hands for the betterment of the continent.

He noted that both countries have similar interests in AU such as sustainable development goals, commending Lesotho for limiting the spread of COVID-19.

He concluded by pledging to further strengthen the existing relations between the two countries during his tenure of office.

The High Commissioner will also pay a courtesy call on the Prime Minister Dr Moeketsi Majoro.

The two countries also conducted a number of consultations and exchanged technical working visits on programmmes such as public service reforms, decentralization, Information and Communication Technology and other areas including fighting corruption.