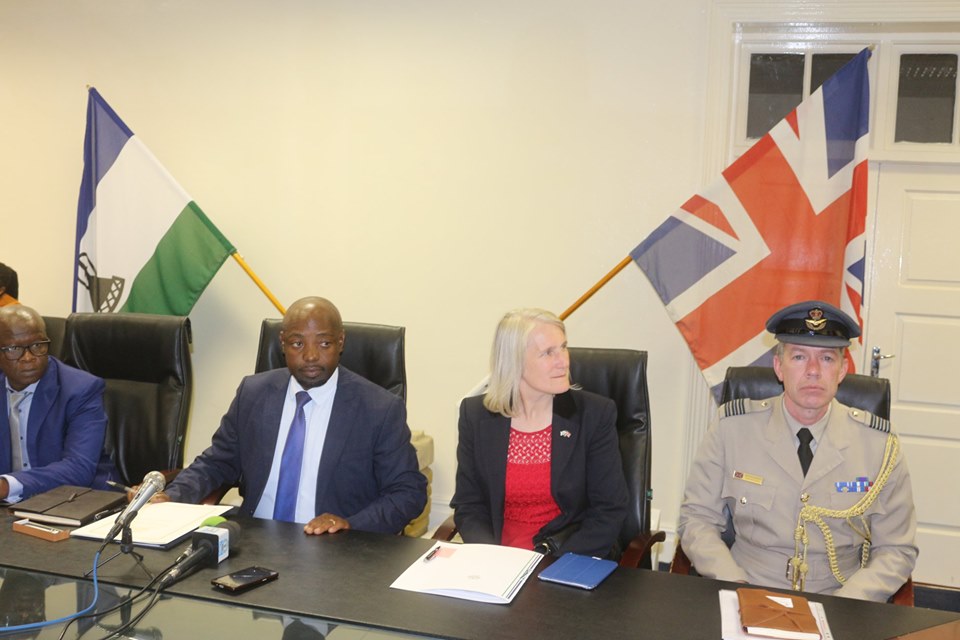 Relations between Lesotho and Britain were strengthened during the signing of Memorandum of Understanding (MoU) in Maseru on Wednesday.

The Minister of Defence, Mr. Tefo Mapesela signed on behalf of Lesotho while the High Commissioner of Britain in Lesotho, Ms. Anna Macro put her signature on behalf of her country.

In his remarks, Mr. Mapesela said the MoU affirms foundations of cooperation between the two countries, saying this is the first official duty since the High Commissioner was accredited to Lesotho.

He said areas of cooperation as outlined by the MoU include peace keeping mission, military exercises, health and medical care as well as symposium to mention a few.

“In collaboration with Southern African Development Community (SADC), we have also offered courses to locals in various areas,” she stressed.

In conclusion, she said the MoU will also pave way for further security partnership between the two countries.