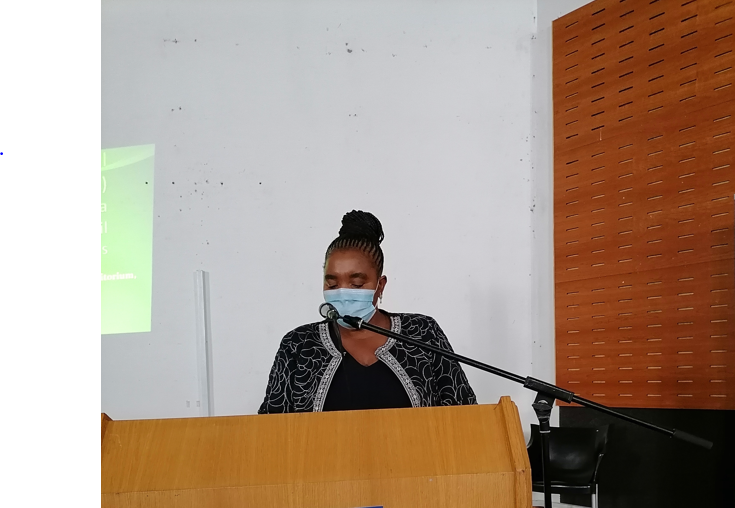 The Ministry of Health joined the world in commemoration of Anti-Microbial Resistance (AMR)Week by holding a one-day workshop for Media Practitioners and civil societies at Heath headquarters in Maseru.

The main objective of the workshop was for media and civil societies to appreciate AMR and be in a position to offer nationwide support in raising awareness on AMR during the World Antimicrobial Awareness.

The Anti-Microbial Resistance theme for this year is ‘Spread Awareness and Stop Resistance’.

When officially opening the workshop, the Director Pharmaceuticals of the Ministry of Health, Ms. Jenina Mphoso said Anti-Microbial Resistance Week is a world initiative aimed to increase global awareness on antimicrobial and to encourage best practice among the general public, health and veterinary professional’s services and policymakers.

She further noted that it is a thread that is evolving slowly but progressively in all parts of the world thus in developing and developed countries, in rural and urban areas, in hospitals, on farms and communities.

She stressed that the world is losing its ability to protect both people and animals from life-threatening infections as a result of the over-use, under-use and misuse of antimicrobials.

She, therefore, urged Basotho to join forces in addressing antimicrobial resistance jointly as those responsible for the health of humans, animals and the environment acknowledge that we live in one country and one world.

Giving the presentation on microbial, the Pharmacist at the Ministry of Health, Ms Nteboheng Tjobe said antimicrobials are medicines used in the treatment of infections in both humans and animals.

She further explained that Antimicrobial Resistance is a condition that occurs when antimicrobials can no longer heal or stop microorganisms from causing infections, increasing the risk of disease spread, severe illness and death.

Ms. Tjobe noted that Resistance happens because the organisms have become so much used to antimicrobials that they can now co-exist without being killed by them.

She mentioned the facts of the antimicrobial resistance and they include common infections are becoming untreatable, few new antimicrobials are in the pipeline, AMR is a serious public health threat and all types of microbes can develop resistance to the meds that have been developed to kill them.

She therefore urged community to make sure they take an antimicrobial only when recommended by a qualified health worker and do not share them with anyone.

Talking about environmental management entities, she advised them to reduce unintentional exposure to antimicrobials through prevention and controlling environmental contaminants for aquatic and terrestrial land.

She said the policymakers can help eliminate the antimicrobial resistance by strengthening policies and implementation of infection prevention and control measures and regulating and promoting the appropriate use of quality medicines.

The World Antimicrobial Awareness is an annual event and this year is commemorated on Week 18-24 November 2021 and beyond.