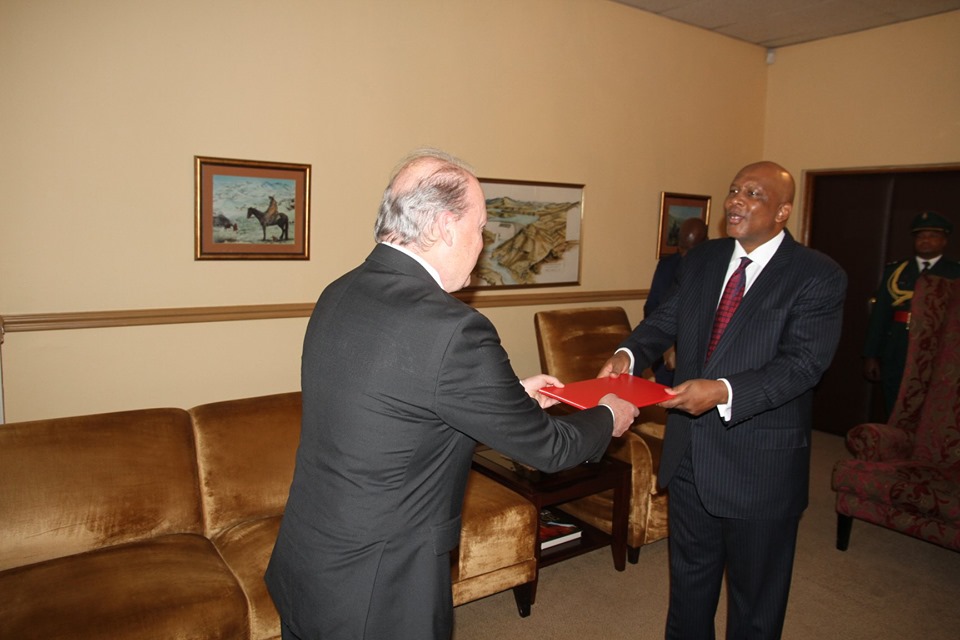 His Majesty King Letsie III on Thursday accepted Letters of Credence from the Ambassador designate of the Czech Republic, Mr Michal Kral at the occasion held at the Royal Family in Maseru.

Accepting the Czech credentials, His Majesty expressed gratitude over the relations between Lesotho and Czech, saying the cordial bonds between the two countries derive from early 1982.

He however expressed worry that these countries share minimal interactions on trade,  appealing to the new Ambassador to work closely with Lesotho so to explore all possible avenues.

“Exploration of other avenues will help us grow the economies of our countries,” he lamented.

He appealed to Basotho to support the new Ambassador and his team for the success and development of these two nations.

When presenting his credentials, Ambassador Michal Kra’l  echoed His Majesty’s view that there is a need to enhance areas of cooperation such as trade for the benefit of the two countries.

He commended Lesotho for the Metolong project thus ensuring availability of water to those in need, saying his country is committed towards giving extra support in this regard.
Also present at the ceremony included the Minister and Principal Secretary for the Ministry of Foreign Affairs and International Relations and senior public servants.