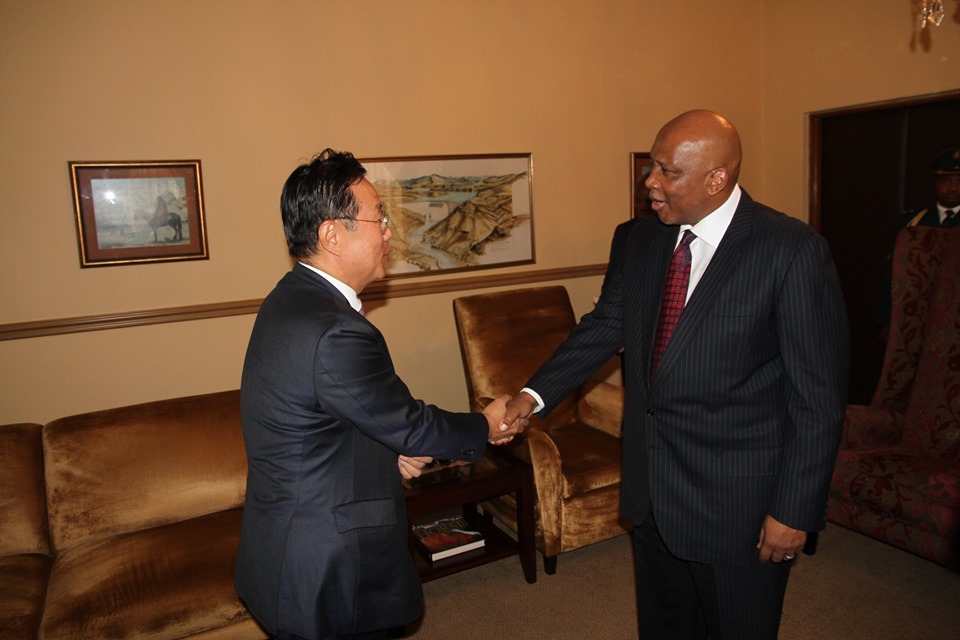 His Majesty King Letsie III says Lesotho and Korea share similar aspirations and desires such as international peace and stability.

HIS Majesty said this when accepting letters of credence from the Ambassador designate of the Republic of Korea, Dr Park Jong-Dae at the occasion held at the Royal Palace in Maseru on Thursday.

He said Lesotho has also benefitted from capacity building where Korea has offered short courses in different areas to locals particularly civil servants.

He further appreciated the accreditation of Dr Jong-Dae to Lesotho, saying it is a clear testimony that his country is committed towards enhancing relations between the two countries.

‘Since 2013, we have been supporting literacy education and shall continue with our support to Lesotho,’ he stressed.

He assured His Majesty of his commitment and hard work to improve and build on previous relations during his tenure as the Ambassador.