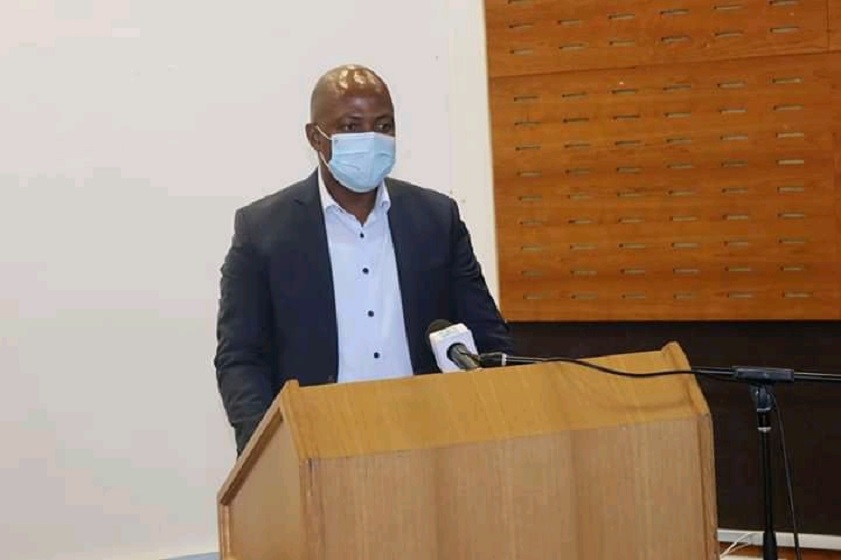 The Minister of Health, Mr. Motlatsi Maqelepo says Lesotho will access the COVID-19 vaccine in April 2021.

This, the Minister disclosed when addressing the media at the press briefing held in Maseru on Thursday.

The vaccine, which the Minister said will be free is to be provided by COVAX Facility, a global effort meant to work with vaccine manufacturers to provide countries with safe and effective COVID-19 vaccine.

He added that the second phase of the beneficiaries will be the remaining 17 percent of the citizens which is yet to be identified after the meetings with the experts, stressing that by the end of February the nation will be informed about the decision on who will receive the vaccine.

Mr. Maqelepo expressed concern that the country is faced with a crisis as the rate of Basotho infected with COVID-19 has increased rapidly.

The Minister said the government is working tirelessly to ensure that the vaccine becomes available so that the country can combat the spread of COVID-19.

In conclusion, Mr. Maqelepo urged Basotho to abide by NACOSEC regulations and recommendations such as wearing a mask and washing of hands.

According to Senior Program Manager Vaccine, Ms. Tholoana Masupha the side effects of the vaccine amongst others include a mal-flu rash on the area where the individuals are injected.

Lesotho reported its first case last year in May, where the suspect was reported to have SARs Cov2, a virus that causes the COVID-19 pandemic.

The press briefing follows the government’s announcement on Tuesday that the country has moved back to the Orange colour coding stage.