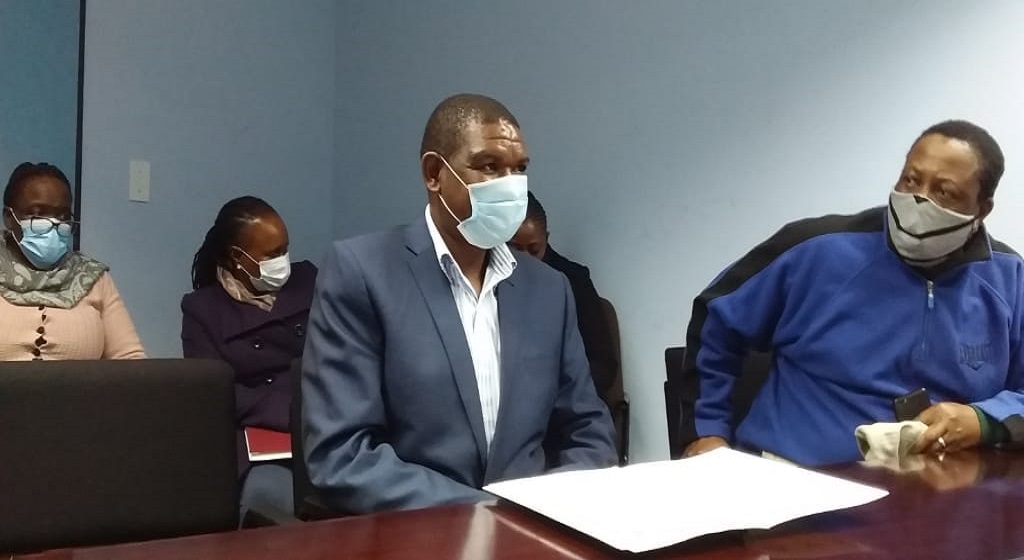 The United Nations Development Programme (UNDP) through its Lesotho National Dialogue and Stabilisation Project (LNDSP) handed office equipment to the National Reforms Authority (NRA) in support of the national reforms.

Speaking in Maseru on Thursday, LNDSP Manager, Mr Charles Makunja said the project is giving out M151,453.90 worth office equipment that includes office desks, computers and printing machines to support and ensure that national reforms are completed.

“The assets are meant to ease work for NRA in doing its main duty of implementing Basotho’s iinterests and transforming the society,” he stated.

He added that UNDP priorities Basotho agenda towards national reforms and that NRA should be passionate in implementing and achieving what the nation is anxiously waiting to have.

In conclusion, Mr. Makunja expressed satisfaction to have assisted NRA, saying the programme with its project has pledged to help national reforms in Lesotho and will continue to do so towards concluding the NRA process.

Also speaking, the Chairperson of NRA, Mr. Pelele Letsoela commended UNDP for the contribution, noting that the equipment will help NRA build its secretariat and undoubtedly simplify work for NRA staff.

He stressed that to date, NRA does not have a permanent office hence operating under myriad challenges.

“The authority is currently using equipment borrowed from the Ministry of Law and Justice to work,” he said.

Mr. Letsoela however commented that NRA has worked tirelessly to produce systems and structures that regulates NRA.

Additionally, he mentioned that as soon as NRA owns its offices, it will ensure that Lesotho national reforms are completed successfully.

Speaking on behalf of the government, the Principal Secretary from the Ministry of Justice, Law and Constitutional Affairs and Human Rights 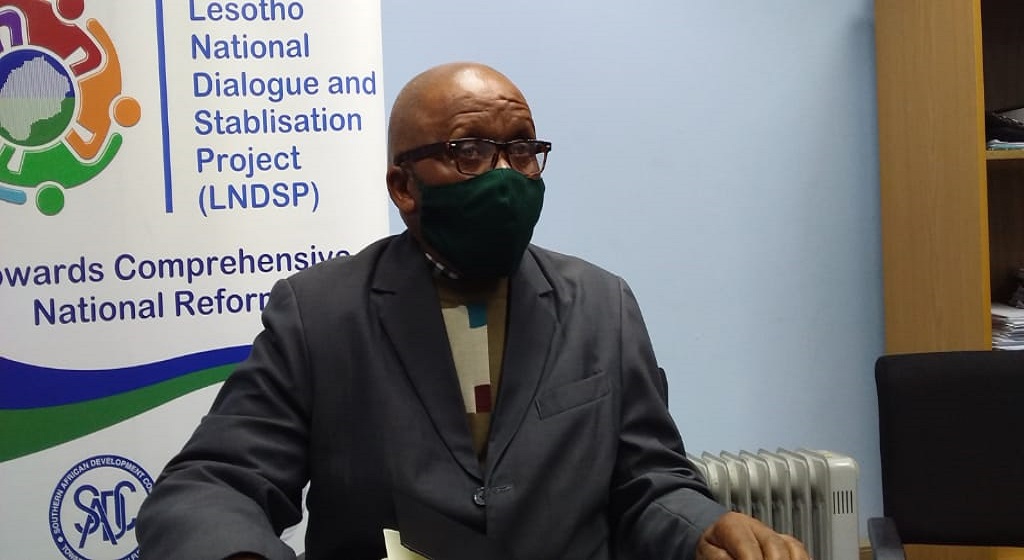 , Mr. Tanki Mothae said since 2018 UNDP has been committed in supporting the national reform process.

He therefore lauded UNDP for its highly needed and appreciated assistance to government though it is the responsibility of the government to guarantee that national reforms are concluded.

“We have a mandate as the government to ensure that the national reform is successful.” Mr Mothae stated.

He reiterated that it is the duty of the government to give all the necessary support to the National Reforms Authority to ensure that the reforms process is satisfactorily.

Furthermore, he appealed to UNDP to further stretch hands and giving Lesotho a support to implement national reforms.

UNDP launched the Lesotho National Dialogue and Stabilisation Project in 2018, which seeks to facilitate consensus building and catalyse a conducive environment for the long-anticipated national reforms in Lesotho.