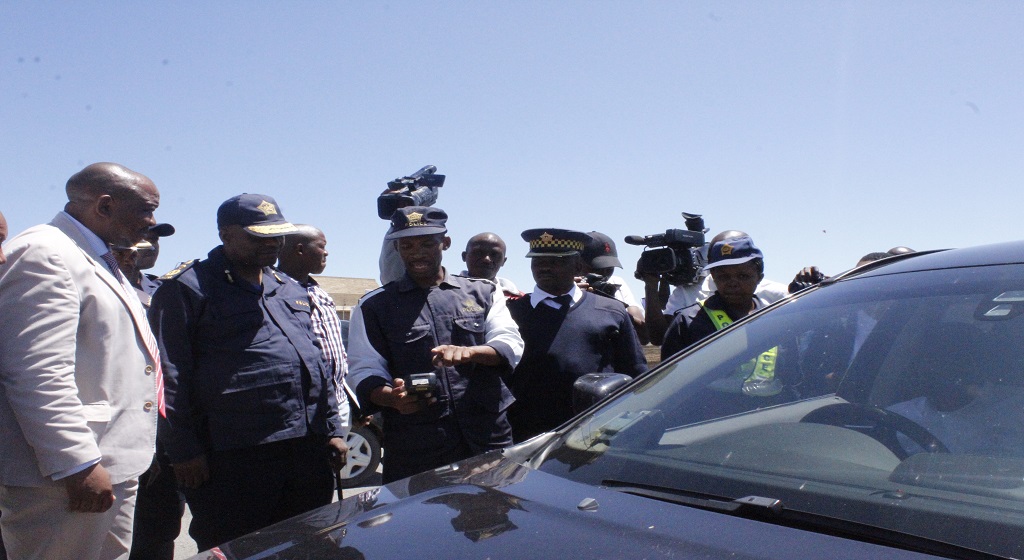 Econet Telecom Lesotho (ETL) together with Road Fund, EGIDATA and Lesotho Mounted Police Service (LMPS) launched payment of spot fine via Ecocash on Monday at Mahlabatheng in Maseru.
The Electronic payment of spot fine is intended to help Basotho pay their spot fines in time to avoid lawsuits and to speed up payment of fines hence increase revenue collection.

Speaking at the event, the Commissioner of Police, COMPOL Holomo Molibeli commended all stakeholders who worked together in making the E-spot fine initiative a success.
COMPOL Molibeli expressed gratitude that payment of spot fine by Ecocash will be faster, easy, and safe time for road offenders as they were making payment at Sub-Accountancies, Lesotho Revenue Authority (LRA) or Department of Traffic hence hindrance to their daily activities.

He added that using EcoCash to pay spot fine will contribute towards the country’s economic growth as the money collected will benefit the country.

On behalf of ETL, the Chief Executive Officer, Mr. Dennis Plaatjies said it took time for them to come up with this intelligent idea, however saying he happy that it finally surfaced and that it will speed up payment of spot fines.
“Tourists will also pay their spot fines as expected because they will use EcoCash agent dealers to pay their fines via agents’ phones.” Mr. Plaatjies added.

Speaking on behalf of ENGIDATA, Mr. Neo Kolobe thanked all partners and stakeholders for making this initiative become a reality.

Spot fines are expected to be paid within seven days after issue date and failure to make payment leads to lawsuit.