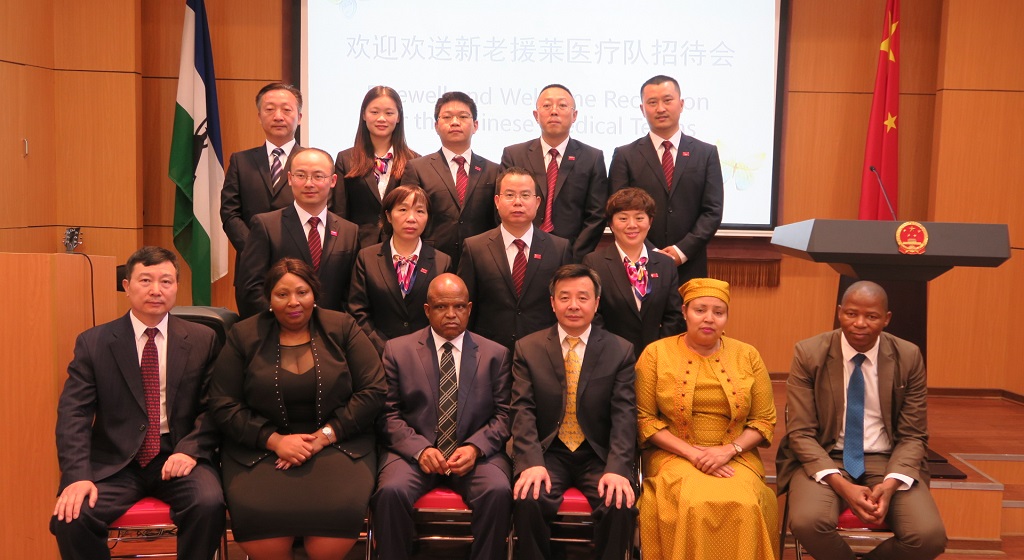 The Deputy Minister of Health says Lesotho has through the Ministry of Health benefited for more than 20 years from provision of the specialised medical services of the Chinese medical teams of Hubei province.

Mrs. ‘Manthabiseng Phohleli said this when bidding farewell to the 13th batch of the Chinese medical team, also welcoming the 14th batch at the ceremony that took place in Maseru on Monday.

She said as the team rotates, it leaves behind the expertise to local doctors as a dedication and passion of health services to the local community.

She said it has come to the realization by the Ministry of Health that Leribe is not a suitable place for the accommodation and placement of the Chinese medical team and however expressed hope that upon the completion of the Maseru District Hospital, the team will be relocated back to the capital city.

The Deputy Minister recommended for the extension of one year to three years stay of the team as well as increasing the number of specialties in a team taking into consideration that one year of stay is only for orientation and familiarization with the system, language and other logistics related to the operation.

She further appealed to the Chinese Government for assistance of the Oncologists, Nephrologist and Ophthalmologists in future.

Speaking at the same event, the Chinese Ambassador to Lesotho, Mr. Lei Kezhong said since 23 years ago when the protocol between China and Lesotho on sending the Chinese medical team to work in Lesotho was signed, more than 150 outstanding doctors from China’s Hubei Province have come to Lesotho.

He said regardless of the hardship confronting them, they have provided medical treatment to more than 500,000 local patients and they have traveled to the remote mountainous areas to offer medical services and deliver medicine to the local residents, relieving their pains and difficulties as well as donated medical equipment to local hospitals.

”23 years of hard work and selfless dedication have made the Chinese medical team a bright banner symbolizing the China-Lesotho cooperation in the field of health as well as the friendship between the two countries”, he said.

Mr. Li said the 13th Chinese medical team arrived in Lesotho in October last year and over the past year, they have overcome the difficulties and successfully accomplished their medical mission in the country.

”By making positive contributions to the exchange and cooperation in the field of health between China and Lesotho, they have been highly acknowledged and acclaimed by the government and the people of Lesotho,” the Ambassador said.

He welcomed the new team of nine members and bid farewell to the outgoing team of 19 members at the same ceremony. He urged the new team to provide health services to Basotho with enthusiasm and excellent medical skills so as to continue to make contributions in promoting friendly relations between Lesotho and China.