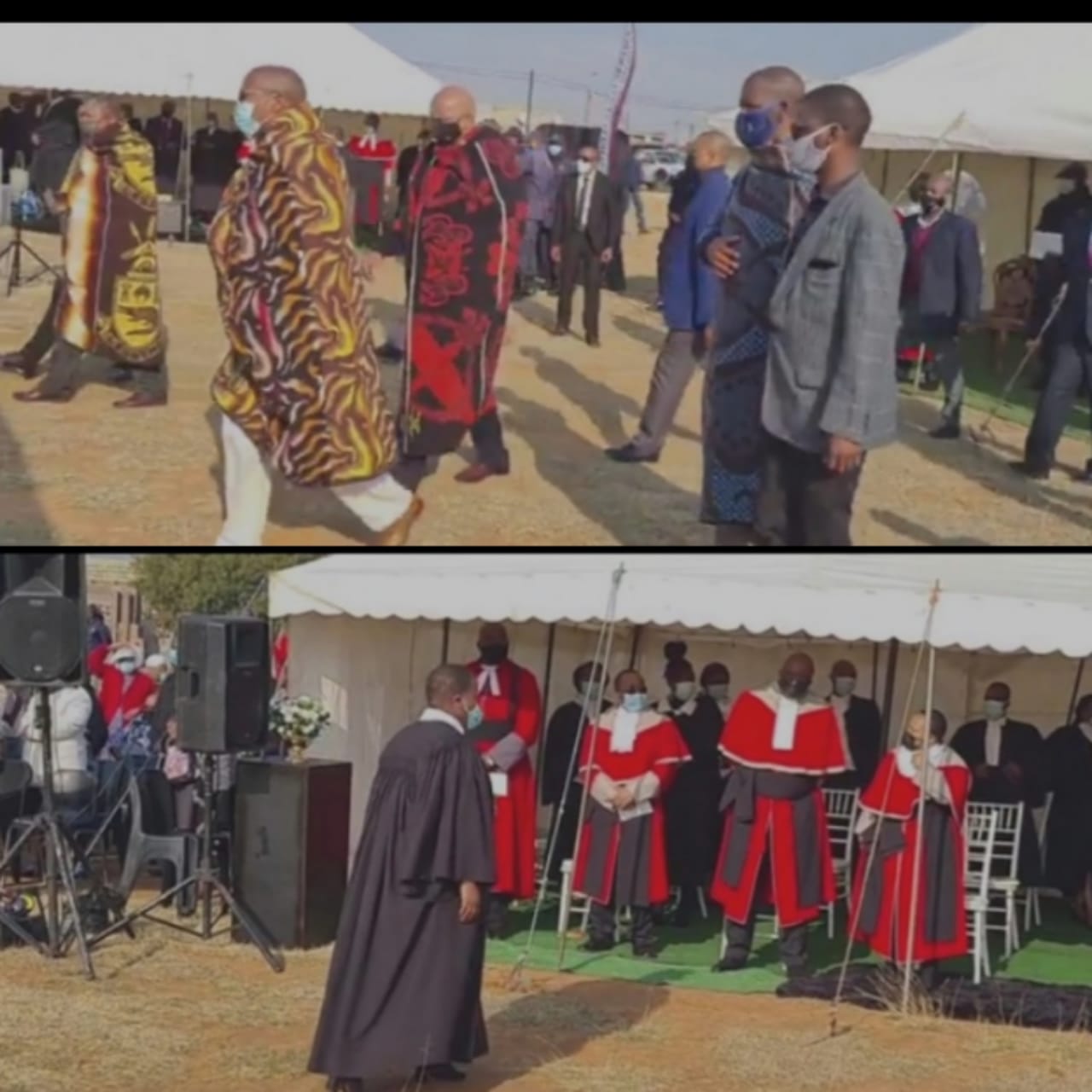 His Majesty King Letsie III has urged the judiciary especially the judges to stay strong and continue with their work of aministering justice.

His Majesty said this in his condolences during the funeral service of the late Justice Thamsanqa Nomngcongo in Maseru on Friday. He expressed condolences to the family of Nomngcongo, the judiciary and the nation for the death of Justice Nomgcongo.

He asked the family to be grateful to God for the life of the deceased and for having raised and trained him to serve the public in the administration of justice.

Addressing the judiciary especially the.judges, he said although they have lost a colleague and are faced with a backlog of cases, they should remain strong, saying the country is now dealing with increasing crime and are hopefull that perpetrators will eventually be brought before the courts where justice will be served.

He described the work of judges as impoirtant, saying it is becoming even more important these days hence need all the support.

Also speaking, the Prime Minister, Dr Moeketsi Majoro described the death of the late judge as a blow to the judiciary, commenting that in a short period, three judges have died thus bringing more preasure to the judges who are already limited in number.

He said the late judge has done his work in this world and left good examples which must be followed and commended the family of Nomngcongo, saying they did their job by lending the country a servant who administered justice.

Chief Justice Sakoane Sakoane said the late Judge who was about to retire has left work which the remaining judges will ensure that it is completed as they are bound by law. He remarked that the judiciary is overwhelmed with work and that they are aware of increasing murders which require collaborative efforts to manage.

The late Justice Nomngcongo was born in Quthing on March 15, 1953 and died on September 02 2021 after long illness. He was appointed as a magistrate in 1979 and became a judge in 2002. He among others became President of Court Marshal in the Lesotho Defense Force (LDF).