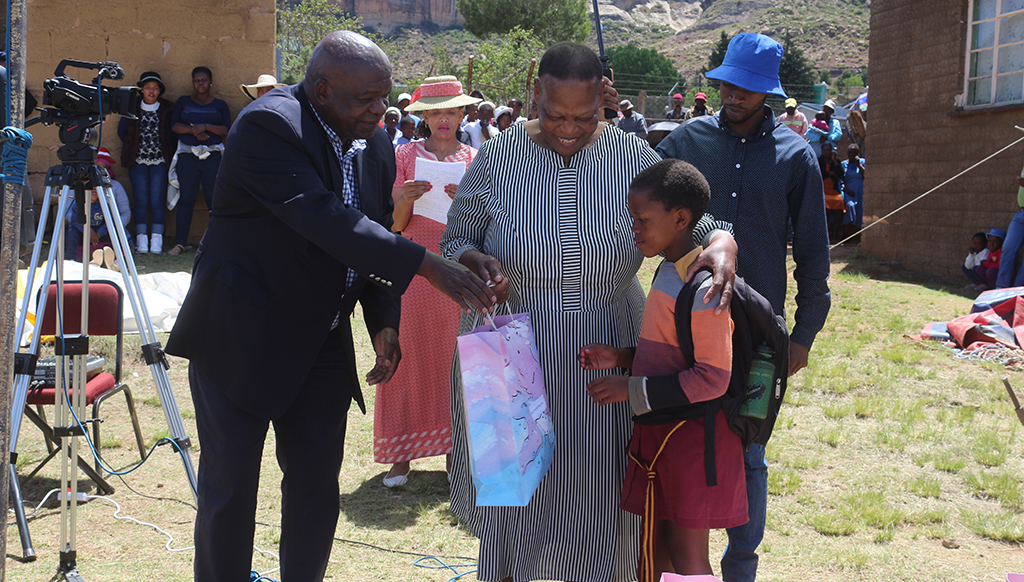 The acting Minister of Law and Constitutional Affairs, Mrs. Matebatso Doti has appealed to Basotho to respect each other’s human rights.

Mrs. Doti was addressing the Phamong community on Monday at the event to commemorate the International Human Rights Day under the theme ‘Stand up for Human rights, Let’s stand up for equality, justice and human dignity’.

She said in an effort to promote and educate the public about human rights, campaigns are being held countrywide where the public is encouraged to love and care for one another, saying when people show love and care, the move prevents acts that violate each other’s human rights.

She said children’s right should as well be respected in that they should among other things be loved, well cared for and sent to school.

Mrs. Doti also noted that love should also be seen among public servants where they will be seen serving all members of the public with love and respect, saying this message of love and care will be impacted by those who received it thus promoting respect for human rights.

As part of the celebration, the Minister handed over sanitary pads and packages of basic accessories to 35 vulnerable children drawn from seven schools in the Phamong area.

At the same occasion, the Deputy Minister of Education, Mrs. Maphoka Motoboli said human rights education is offered in schools to ensure that children grow up with knowledge of their rights and responsibilities and that of other people.

UNDP representative, Mr. Clever Nyathi said this year’s human rights day marks the 70th anniversary of the universal declaration of human rights, which he described as a milestone document that proclaimed inalienable rights which everyone is inherently entitled to as a human being regardless of race, religion, and gender.

He acknowledged the progress that Lesotho has made in some human rights issues though he said there are some areas that require urgent attention such as Lesotho’s prisons and conditions of national and international concern such as long pre-trial detentions of suspects, crowd control mechanisms by the police and alleged incidences of torture.

Commenting about the gifts in an interview, Principal at Phamong Primary School, Mrs. Mats’epo Dzingwa said the gifts are highly appreciated as they will address some daily needs of beneficiaries, adding that they also came at the right time towards Christmas when children expect new clothes for Christmas and that the new shoes will serve that purpose.

Meanwhile, Mr. Nts’eno Nkola, the Principal at Sakhele Primary School, expressed delight over the gifts, saying some recipients are orphaned and vulnerable while others also have special educational needs like the sanitary pads which he noted will help address absenteeism among girls who had to stay home during their monthly periods as they had nothing to use.

As part of the day’s activities, the Deputy Minister of Education presented gifts to students who successfully participated at a quiz on human rights.