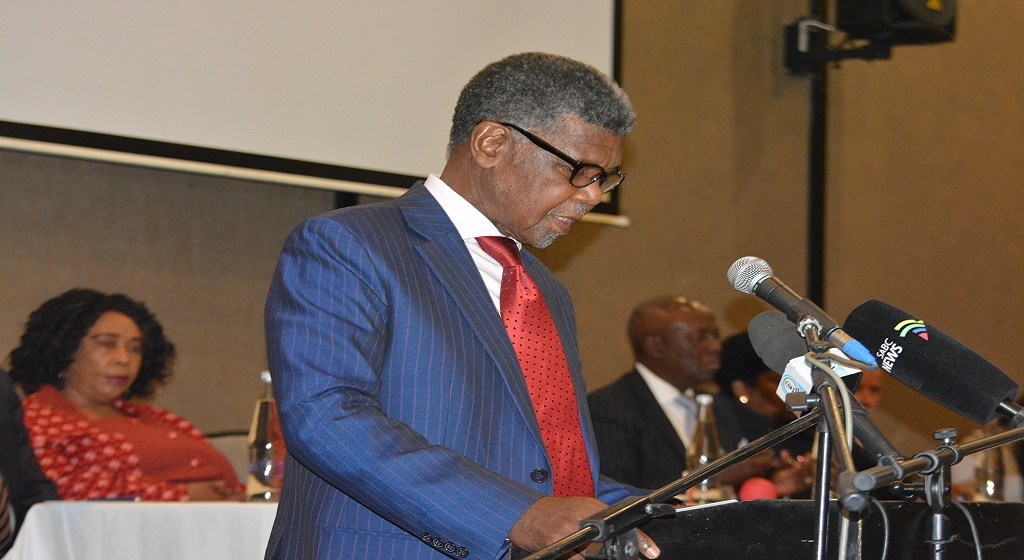 In preparation for the final stages of the National Reforms especially the Plenary II, a two-day 3rd National Leaders’ Forum started at Maseru on Tuesday.

Speaking at this event, the Deputy Prime Minister (DPM), Dr Monyane Moleleki said since the signing of an agreement on the proposed National Reforms Authority Structure, the Government of Lesotho has launched the drafting of the National Authority Bill to  pave way for its ultimate tabling before Parliament.

He said during the In-District Consultations, which came after the Plenary I Extension by the National Dialogue Planning committee (NDPC) with the assistance of the Lesotho Council of Non-Governmental Organisations (LCN), several challenges were encountered which resulted in a delay of implementation.

“Considering that we are now approaching the climax of the process, it is incumbent upon every Mosotho, in particular, us leaders to dedicate more effort and commitment towards ensuring the success of this important process of Comprehensive National Reforms,” Dr Moleleki said.

He reminded Basotho that unity is key to the country’s socio- economic development, urging all to use the Reforms as a guide to prosperity.

The Southern African Development Community (SADC) Facilitator, Justice Dikgang Moseneke said the process has gone a long way since last year, adding that the current government has shown political will to ensure that the process is where it is.

He noted that with the current developments that include among others several agreements, the process is on track to the finish line. He added that Basotho have a lot to be grateful for.

Justice Moseneke said pointed out that there are caring people within the SADC region who ensured that peace and prosperity are restored in Lesotho. He thus appealed to Basotho to focus on the Reforms process and work together for its success.

“Let’s not confuse our battles. The Reforms battles sits above all battles,” he stressed.

Speaking at the same occasion, the European Union (EU) Ambassador to Lesotho, Mr. Christian Manahl said Lesotho has a solid democratic foundation and that everyone should be convinced that the Reforms are necessary and urgent, saying  the country can be better off if there is progress in the process and implementation of the National Strategic Development Plan (NSDP).

He stressed that Lesotho needs sound, professional and independent institutions and that conflicts should be resolved through dialogue not violence.

Mr. Manahl said the Forum provides a platform for reflections and that consultations have provided direction, saying the Reforms Process is an opportunity for leaders to create a legacy.

Also speaking was the United Nations Development Programme (UNDP) Representative, Ms. Betty Wabunoha who said Lesotho remains on a progressive front of prosperity, peace and stability, noting that the Reforms Process is towards the achievement of United Nations 2030 Agenda for Sustainable Development Goal (SDG) especially number 16, on promoting peaceful and inclusive societies for sustainable development.

She remarked that Lesotho has experienced political instability which led to a move to reform the country to unity and prosperity hence stressed the need to address root causes of conflicts and economic challenges.

Ms. Wabunoha said trust building is one of the characteristics that kept the Reforms Process going, commenting that many Reforms Processes especially successful ones take long before they are completed as the process is not easy but should keep going for socio-economic transformation.

She pledged the continued support of the UNDP towards achievement of the Reforms Process, saying Lesotho should sustain the momentum.

The 3rd National Leaders Forum is intended to receive reports on the In-District and Diaspora Consultations, to consider the proposed draft Bill of the National Reforms Authority, to receive a progress report on the appointment of experts who will consolidate the reports of the consultations as well as to agree on the timelines leading to Plenary II.