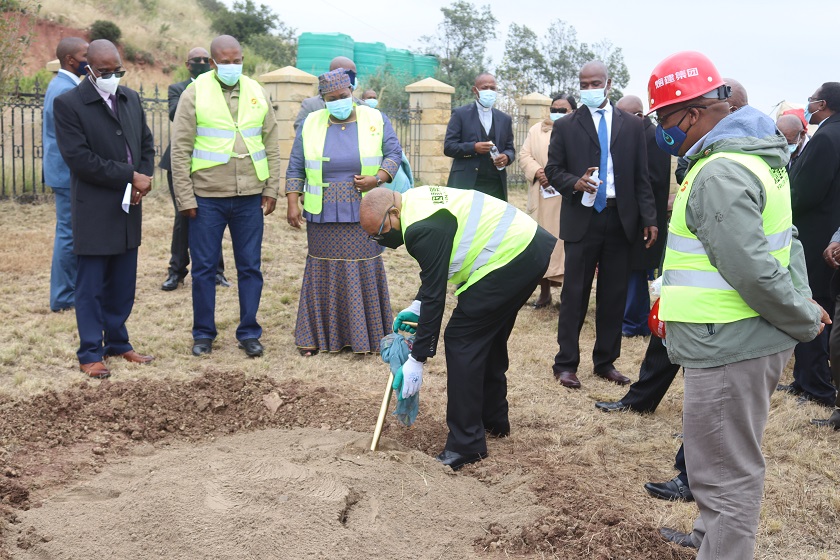 The Prime Minister, Dr Moeketsi Majoro officiated the sod turning of the construction of the new Senate Chambers and offices at the Parliament premises on Monday.

Speaking at the occasion, Dr Majoro mentioned that the project will cost M209 million, saying it is will take three years to complete the building.

He added that it is important for the Member of the Senate to have their own space as the majority of them have a long-term contract serving the nation unlike Members of the National Assembly.

Dr Majoro noted that the National Assembly and the Senate being in the same premises will make their work easier as the two houses work hand in hand to implement and enforce the law.

Also speaking, the President of Senate, Mrs. Mamonaheng Mokitimi remarked that the construction of the Senate offices is a dream come true, saying it has always been her wish for Senators to have an advanced building. She therefore, thanked all stakeholders who made this project a success.

Mrs Mokitimi said the building will respond to a long-time challenge whereby Senators worked in a small space especially during the COVID-19 pandemic as the current space could not accommodate members, news reporters and daily visitors.

She said they are expecting an international building where they can access the internet and interact with Basotho who intern will also raise their concerns during the sittings.

In conclusion, she urged Basotho to continue adhering to COVID-19 protocols and regulations.

It is expected that 300 Basotho will be employed during the construction of the building.