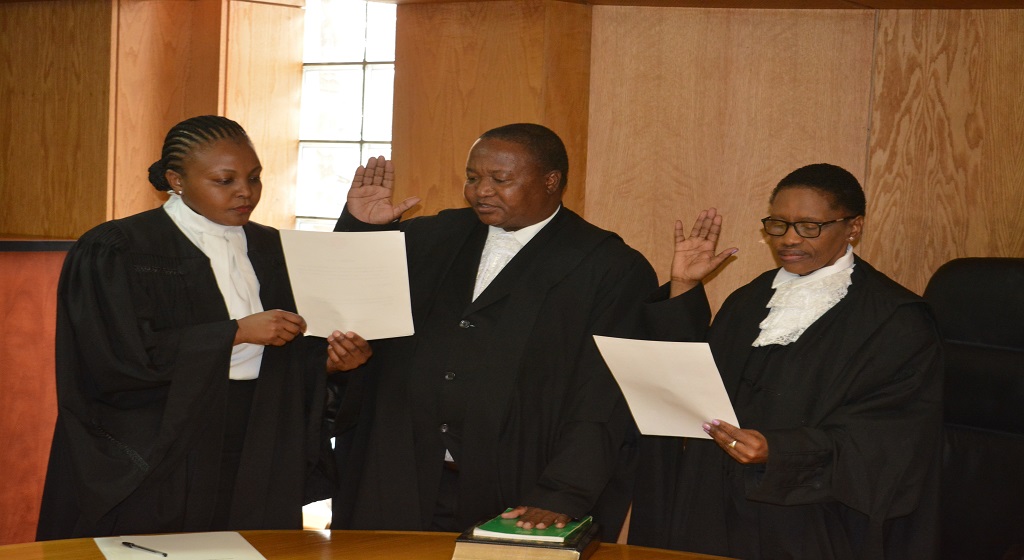 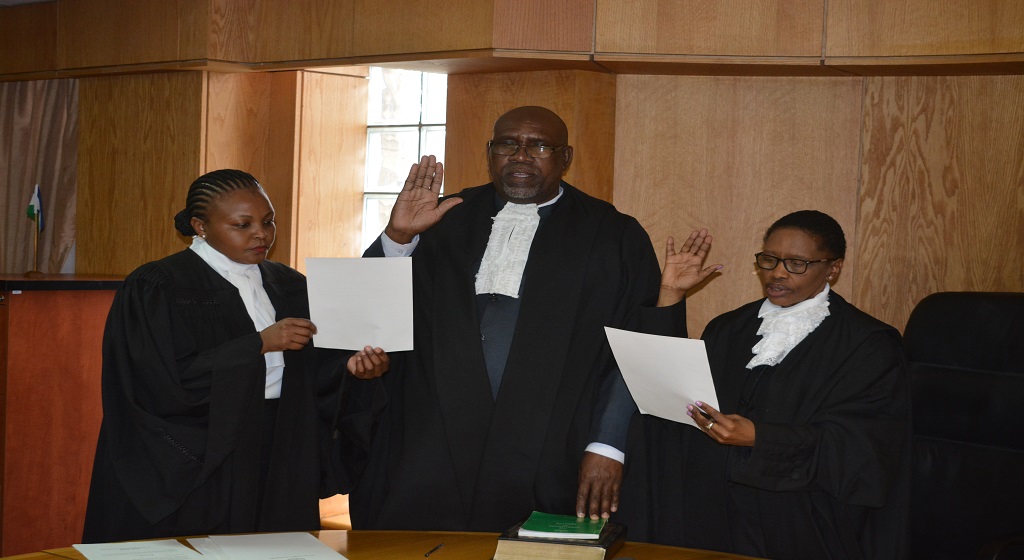 Two Judges from the Republic of Botswana have been sworn in as Lesotho’s High Court Judges during the occasion that happened on Monday at the High Court premises.

The swearing in ceremony was led by the Acting Chief Justice (ACJ) ‘Maseforo Mahase whereby Dr Onkemetse Bashi Tshosa and Judge Kabelo Kenneth Lebotse took oath of office, swearing to administer justice to all persons equally without fear, favour and prejudice according to the laws of Lesotho.

In her welcome remarks following the swearing in ceremony, ACJ Mahase expressed happiness that the two judges have eventually landed in the country, saying the process of their appointment was never easy due to some challenges  that were encountered.

She however promised the two judges a joyful stay while in the country, saying Basotho are a peace loving nation and that they will embrace their presence in the country until their 18 month’s project comes to end. She noted that their project is to help Lesotho High Court with a backlog of cases especially high profile cases.

Sharing same sentiments, one of the Lesotho Judges, Judge Sakoane Sakoane expressed hope that their presence in the country will be fruitful to Basotho and helpful to all Judges in many ways including exchange of ideas on law administration.

Judge Sakoane also expressed believe that the two judges will not only deal with high profile criminal cases but also extend a helping hand in dealing with constitutional cases.

The swearing in and welcoming ceremony included Judge Charles Hungwe of Zimbabwe  who since took oath to work as a Judge of Lesotho’s High Court earlier this year.

The appointment of the three Judges brings a number of Lesotho Judges to 16 at the moment.