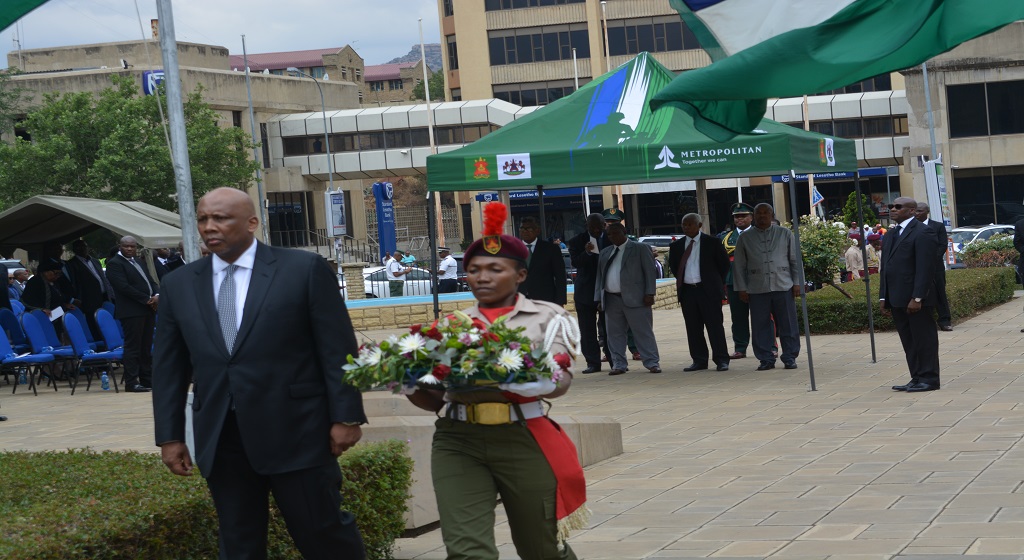 In commemoration of the annual Armistice Day and remembrance of World War veterans together with fallen heroes, 17 wreaths were on Sunday laid at the Makoanyane square in Maseru.

The laying of wreaths was led by His Majesty King Letsie III followed by the Acting Prime Minister Dr Monyane Moleleki, Deputy President of the Senate, Mr. Ts’epo Monethi and the Speaker of the National Assembly, Mr. Sephiri Motanyane to mention but a few.

Heads of Diplomatic mission from countries such as South Africa, China, Spain, Netherlands and Seychelles were among those who laid the wreaths.

The laying of wreaths was preceded by observance of a moment of silence in remembrance of those who lost their lives during the first and second World Wars.

This moment of silence is observed at 11:00 hours as one of the highlights of the day and it is the time at which the First World War ended on November 11 in 1918. 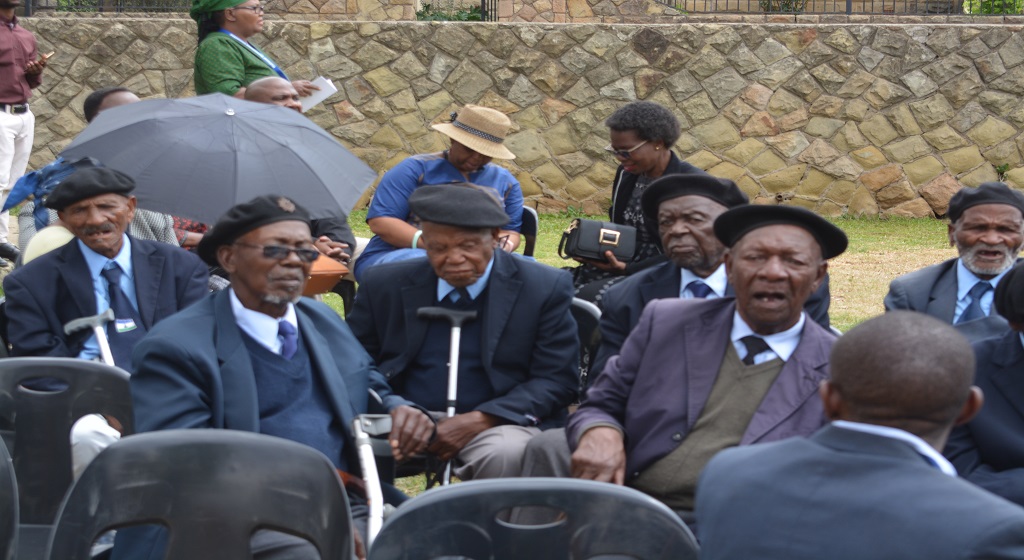 The event is regarded as a solemn occasion commemorating the armistice of war, where not only armies fought on the battlefield alone, but civilian population were also involved. Basotho were today encouraged to be proud of their contribution in the wars in which they fought for their national integrity.

Today’s commemoration was closed by prayer for peace and rain.

Among the 21, 463 Basotho men who took part in both wars, 1,105 of them were killed away from their homes and families. Those who died at the World War II have their names embedded on a monument at the Makoanyane Square.

The Armistice Day is observed annually on November 11 at 11.00 am, which was the day in which Britain and Germany together with their allies decided to cease fighting which occurred in 1939 to 1945.

They were the largest military conflicts in human history and they both involved military alliances between different groups of countries.